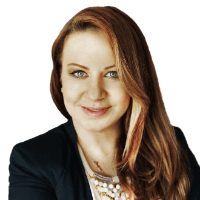 The Department of Hair Transplantation at the Adem and Havva Medical Center Istanbul offers the full range of hair restoration therapies. The specialists of the health facility have a rich and successful clinical experience in the field of hair transplantation operations that do not leave any scars and do not cause any side effects.

The department is headed by Dr. med. Safiye Kurt, who enjoys a reputation as one of the best specialists in her area of specialization both in Turkey and abroad. She became the first specialist in the application of FUE techniques and one of the first in the application of PRP (platelet-rich plasma) in Turkey. The doctor has performed more than 15,000 hair transplantations in patients with clinical cases of varying severity.

The department performs surgical procedures under local anesthesia, which eliminates pain. The department's area of ​​expertise includes hair transplantation for men, women, as well as hair transplantation in the ​​eyebrows, beards and mustaches. Hair is restored with the use of the most innovative techniques available in modern medicine – FUE, Sapphire FUE and DHI techniques. Prior to the appointment of a particular procedure, a patient undergoes the thorough diagnostics to find out the causes of hair loss, which serves as the basis for choosing the most appropriate treatment option. The department has 14 special rooms for hair transplantation operations. The patient does not require hospitalization and subsequent rehabilitation after the procedure.

Dr. med. Safiye Kurt, one of Turkey's leading specialists in the field of hair transplantation and aesthetic medicine, has completed her studies at the Health Vocational School of Nursing in Turkey and then trained in Endoscopy and Laparoscopy Surgery in Germany. After returning to Turkey, she successfully completed the Advanced Medical Technology Training in Ankara. She attended numerous training sessions on hair transplantation and aesthetics, received many certificates.

Safiye Kurt is also a member of the European Society of Hair Restoration Surgery (ESHRS) and was the first specialist to be awarded the first certificate in Turkey regarding hair transplantation.

Dr. med. Safiye Kurt has managed to become a successful aesthetical image maker for many stars and businessmen. This success proved not only nationally but also abroad. In addition, she was one of the pioneers in applying FUE and PRP (platelet rich plasma) techniques in Turkey.

She is the first licensed Turkish hair transplant specialist. This success has been recognized worldwide (Middle East, Europe and many other countries). She managed to sign agreements with specialized aesthetic institutions and carrying them to the international arena.

Since 2007, Dr. med. Safiye Kurt has been involved in countless hair transplant operations and has performed over 15,000 procedures on her own. 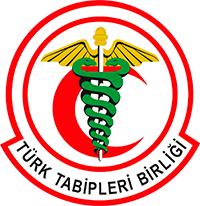