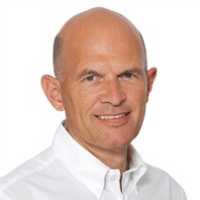 According to the reputable Focus magazine, the Department of Orthopedics, Traumatology and Sports Traumatology at the Academic Hospital Cologne-Merheim ranks among the best medical facilities in Germany specializing in knee and hip replacement surgery, as well as in the treatment of injuries of varying severity!

The department offers the full range of medical services in these medical fields. It has innovative treatments, state-of-the-art equipment and highly professional staff, which forms a solid foundation for the successful clinical practice. Despite technical progress and automation of many clinical processes, the focus of the attention of the department's doctors is on the patient, his individual needs and wishes.

The department is headed Prof. Dr. med. Bertil Bouillon. He is an outstanding specialist who has repeatedly been included in the ranking of the best doctors in Germany in his field of competence.

The team of the department’s doctora has gained an excellent reputation in the field of hip and knee replacement surgery. Such interventions are performed using the very latest medical techniques, including with computer navigation. In addition, the department widely uses the cutting-edge methods of intraoperative imaging. It is worth noting that the preparation and performance of the world's first endoprosthesis implantation with i-Pod navigation made the department famous both in Germany and in many other countries of the world.

The high quality of the department's medical services is confirmed by a number of prestigious certificates. In the field of implantation of hip and knee prostheses, the department is the only clinic in Cologne, which is included in the list of the best specialized health facilities in the Rhine region (according to the special quality system regulation (QSR) of the General Health Insurance Fund). In addition, the department is certified by the German Society of Orthopedics and Traumatology as the Maximum Care Center for Hip and Knee Arthroplasty. The department's successful work is also awarded by the certificate of Cooperation for Transparency and Quality in Healthcare (KTQ).

The range of the department’s medical services includes: