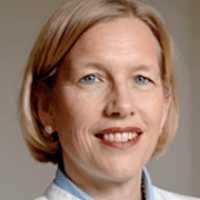 The Department of Thoracic Surgery and Lung Cancer Surgery at the Evangelical Lung Hospital Berlin offers the full range of surgical treatment of diseases of the thoracic organs, including interventions on the respiratory tract, lungs, mediastinal organs and thoracic wall. If possible, surgical interventions are performed using sparing minimally invasive techniques, which guarantee the patient a speedy postoperative recovery. The department has the status of the Competence Center for Thoracic Surgery. The work of the department's team of surgeons is based on current clinical protocols, strict adherence to all standards of hygiene and safety, as well as the use of innovative surgical techniques.

The department is headed by Dr. med. Gunda Leschber. According to the Focus magazine, the specialist has been ranked among the top German thoracic surgeons for many years.

The department annually performs more than 1,000 operations of varying complexity, while the success rates of surgical treatment are at the highest level. Not only thoracic surgeons are involved in the therapeutic process, but also the specialists in the field of general surgery, cardiac surgery, anesthesiology and intensive care. The department's team of surgeons specializes in the surgical treatment of lung cancer and malignancies of other thoracic organs, laser thoracic surgery to remove metastases in the lungs, correction of pectus excavatum and pectus carinatum, tracheal surgery, and lung volume reduction surgery.

The treatment of lung cancer and metastatic lung lesion is of particular interest to the department's team of doctors. Prior to a lung tumor resection, a patient undergoes comprehensive diagnostics, which allows the doctors to assess the advisability of the operation. The treatment regimen for each patient is elaborated in the course of interdisciplinary tumor boards with the participation of thoracic surgeons, pulmonologists, oncologists, radiation therapists, radiologists, specialists in palliative care. The patients with early stages of lung cancer undergo sparing minimally invasive interventions, which exclude long-term postoperative rehabilitation. In the case of a videothoracoscopic surgical intervention, surgical access is provided through 2-3 skin incisions, through which a miniature camera and special surgical instruments are inserted. Thus, the patient does not need to open the chest, which significantly simplifies the operation to remove the lung tumor. The department's specialists have been performing such interventions for more than 20 years, therefore they have an impressive clinical experience, which contributes to the best treatment results. In the case of advanced stages of cancer, the surgeons resort to more radical operations, during which the lobe or segment of the lung affected by the oncological process is resected. To remove lung metastases, the department successfully uses laser surgery. The high precision of the laser systems used in the department allows the resection of metastases with high efficiency and without affecting adjacent healthy tissues.

In addition, the department successfully performs interventions for the treatment of inflammatory and benign diseases (for example, pleural empyema or pneumothorax), diagnostic interventions for unclear changes and fibrosing interstitial lung diseases, as well as surgeries on the thoracic wall, mediastinal organs and respiratory tract. If necessary, a heart-lung machine is used during the operations.

The department specializes in the surgical treatment of the following pathologies:

Other Activities and Additional Qualifications 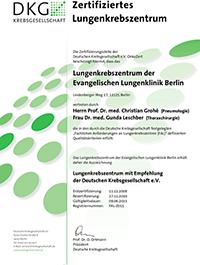 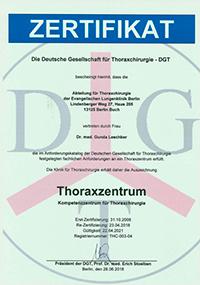 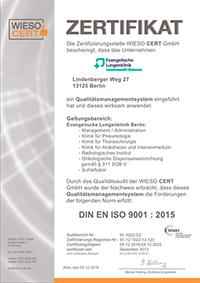