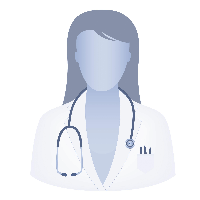 About the Department of Hemostaseology at DKD HELIOS Clinic Wiesbaden

The Department of Hemostaseology at the DKD HELIOS Clinic Wiesbaden offers the full range of diagnostic and therapeutic services for the patients with congenital and acquired bleeding disorders. The therapy of thrombosis, thrombophilia and hemophilia is of particular interest. The primary method for detecting blood clotting disorders is a hemostasiogram (coagulogram). This blood test is performed in the department's own modern laboratory. If the coagulogram shows the presence of bleeding disorders, the department's doctors begin to identify specific factors underlying the development of the pathology. To normalize hemostasis, the specialists use drugs in the form of pills, injection therapy with anticoagulants, transfusion of fresh frozen plasma and individual coagulation factors. An effective treatment regimen is selected for each patient individually, taking into account the specific causes of bleeding disorders and the severity of the pathology. The Chief Physician of the department is Dr. med. Manuela Krause.

The doctors working in the department often admit patients with hemophilia A and B. Hemophilia A is a congenital coagulopathy caused by the decreased factor VIII activities, while hemophilia B is the decreased factor IX activities. The patients with these pathologies regularly have hematomas, internal bleeding due to trauma or surgery, and hemarthrosis. If untreated, the patient experiences hemorrhages in the joints, brain and other vital organs, which can be fatal. The classical treatment protocol for hemophilia A and B usually consists of replacement therapy with coagulation factor concentrates administered by injection. If the patient has already developed bleeding, he needs a more intensive course of therapy, consisting of the administration of fresh frozen plasma, hemostatics and topical application of a hemostatic sponge. It should be noted that mild hemophilia does not significantly affect the quality and life expectancy of patients.

The department's doctors often have to deal with the treatment of thrombophilia. The disease is the most common type of bleeding disorder and is characterized by a high risk of thrombosis. Thrombophilia is considered one of the main causes of the development of deep vein thrombosis of the lower extremities, heart attack, stroke and other life-threatening pathologies. The diagnostics of thrombophilia begins with a clinical examination and a study of the patient's medical history. During the consultation, the doctor finds out whether the patient has a hereditary predisposition to bleeding disorders, whether he is taking any medications that affect the coagulation process, and other important facts. Based on the information received, the specialist prescribes the required laboratory and instrumental diagnostic tests. Should the diagnosis be confirmed, the attending physician will assess the severity of the pathology and elaborate the optimal treatment regimen. In case of mild forms of thrombophilia, the department's specialists recommend prophylactic therapy aimed at preventing thrombosis. The treatment includes diet correction, changing a sedentary lifestyle to a more active one, drug therapy with anticoagulants, vasodilators, antiplatelet agents and other drugs. If the department's specialists detect life-threatening blood clots in the patient during the diagnostics, interventional treatment will be an option on choice (for example, the destruction of a blood clot using a laser).

Photo of the doctor: (c) depositphotos