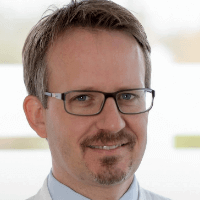 About the Department of Neurology at DKD HELIOS Clinic Wiesbaden

According to the Focus magazine, the Department of Neurology at the DKD HELIOS Clinic Wiesbaden ranks among the top German medical facilities specializing in the treatment of Parkinson's disease!

The department provides all modern options for the accurate diagnostics and high-quality treatment of the full range of diseases of the nervous system. Depending on the particular diagnosis and the severity of the pathology, the treatment can be either inpatient or outpatient. The department's neurologists have in their arsenal a wide range of diagnostic tests required for making an accurate diagnosis and choosing the most effective treatment tactics. The department's specialists focus on the patients suffering from Parkinson's disease, Alzheimer's disease, chronic headaches and migraines, as well as multiple sclerosis. The treatment is based on drug therapy. If the patient needs more radical therapeutic measures, neurosurgeons and other highly qualified specialists are involved in the therapeutic process. The department has earned an excellent reputation at the national level, and also has a successful experience in treating patients from foreign countries. The Chief Physician of the department is Prof. Dr. med. Till Sprenger.

An important area of ​​work of the department's neurologists is the treatment of Parkinson's disease – a severe degenerative disease of the nervous system, in which the patient develops movement disorders, muscle rigidity and tremor. The disease is asymptomatic for a long time and usually affects the elderly. As of today, there are no therapeutic methods, which could completely cure Parkinson's disease, but there are many effective methods to control the disease and prevent its progression. In case of suspected Parkinson's disease, it often takes a long time to make differential diagnostics using various functional tests. The diagnostic protocol includes a clinical examination, study of the patient's medical history, electroencephalography and ultrasound transcranial sonography. If clinically indicated, doctors also carry out CT and MRI scanning, electrophysiological tests, etc. After obtaining diagnostic results, neurologists begin to develop an optimal treatment regimen. The crucial role in the choice of a therapeutic method is played by the stage of pathology. The disease is controlled by drugs stimulating the synthesis of dopamine in the brain, which reduces the rate of neuronal death. To enhance the therapeutic effect, the patients are often prescribed physiotherapy. It is difficult to control Parkinson's disease at the advanced stages, so the department's specialists use a more intensive course of drug therapy or carry out surgical treatment.

The department's medical team often admits patients suffering from multiple sclerosis. The disease is associated with the development of an inflammatory process in the nervous system and is most often diagnosed in young people. Multiple sclerosis is characterized by the formation of foci of inflammation and demyelination followed by the formation of sclerotic plaques in the white matter of the brain and/or spinal cord. The pathology is manifested by a variety of neurological symptoms. It is characterized by alternating remissions and exacerbations. As a rule, exacerbations occur approximately once every 2 years, but their frequency and intensity are individual for each patient. Magnetic resonance imaging and lumbar puncture are sufficient to make a diagnosis. Multiple sclerosis is an incurable pathology, so the task of the department's doctors is to reduce the frequency of exacerbations, reduce their duration, alleviate symptoms and prevent the development of disability. The treatment protocol consists of drug therapy and physiotherapy.

The department's specialists have vast experience in the treatment of polyneuropathies. These diseases are characterized by multiple lesions of the peripheral nerves, manifested by peripheral paralysis, sensation disorders, trophic and vegetative-vascular disorders in the limbs. The diagnostics can be complicated because many other diseases have similar symptoms. To confirm the diagnosis, the patient needs to undergo many laboratory and instrumental diagnostic tests. The main method of instrumental diagnostics is electroneuromyography. The basic treatment is drug therapy. Physiotherapy and therapeutic exercises are used as additional treatments.

The department specializes in the treatment of the following neurological disorders: