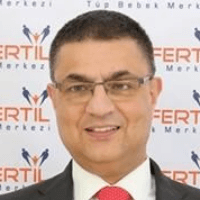 About the Department of Reproductive Medicine at Eurofertil IVF Center Istanbul

The Department of Reproductive Medicine at the Eurofertil IVF Center Istanbul offers the full range of services in the area of its ​​specialization. The department began its clinical practice in 2001 and became the first medical facility of this kind in Turkey. For more than 18 years of successful experience, the clinic has earned a solid reputation not only throughout the country, but also far beyond its borders. For the benefit of patients, the clinic employs an extensive medical team of about 1,000 people. The key focus of ​​medical practice is IVF (in vitro fertilization), but the doctors also successfully use other assisted reproductive technologies, thanks to which women obtain the joy of motherhood. The department is headed by Dr. med. Hakan Ozornek.

The department's doctors believe that only the use of the very latest technologies in combination with an individual approach to each clinical case is the optimal algorithm for the effective treatment of infertility. Prior to prescribing a particular treatment regimen, both partners undergo comprehensive diagnostics, which allows the doctors to determine the exact causes of problems with conceiving and it serves as the basis for the selection of the most effective treatment tactics. As a rule, the diagnostics include an ultrasound scanning of the reproductive organs in women, a spermogram for the assessment of the quality and number of sperm in men, and hormone testing in women. Obviously, the treatment is preceded by a consultation, during which the doctor tells the couple in detail about their factors of infertility and possible treatment methods for this problem.

In most cases, in vitro fertilization (IVF) is prescribed for the treatment of infertility, which is currently the most effective and widespread procedure in reproductive medicine. The most common indications for IVF are fallopian tube obstruction, insufficient sperm count, low sperm motility, unsuccessful previous experience of intrauterine insemination, infertility of unknown origin and severe types of endometriosis. The IVF procedure consists of such stages as ovulation induction with the help of hormonal therapy, egg harvesting (follicular puncture) and sperm, fertilization of eggs, growing (cultivating) embryos, embryo transfer into the uterine cavity, pregnancy test to confirm fertilization. The department's specialists are proud of the highest success rates of IVF, which are even higher than in the clinics of the USA and European countries.

Dr. med. Hakan Ozornek is the Head of the Department of Reproductive Medicine at the Eurofertil IVF Center Istanbul and the Medical Director of this center. In 1990, he graduated from the Faculty of Medicine at the Istanbul University. After completing his compulsory service in Yozgat, he worked as an Assistant in Cerrahpaşa Faculty of Medicine, Department of Anatomy.

He underwent his professional training in the Department of Obstetrics at the University Hospital Duesseldorf between November 1993 and February 1999. He was also part of the IVF team of the same department within the same period. He was in charge of the IVF Laboratory for 18 months.

Dr. Ozornek conducted research on andrology in the Andrology Laboratory in Chicago, on reproductive endocrinology and assisted reproductive techniques in the Women's Health Clinic of the University Hospital Basel, on IVF center quality systems in Boston.