Department of Adult and Pediatric Otolaryngology (229641) 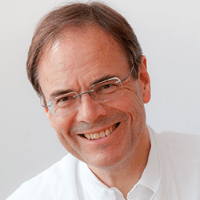 The Department of Adult and Pediatric Otolaryngology at the Hannover Medical School offers the full range of modern diagnostic and therapeutic services in this ​​medical field. Thanks to the world's largest cochlear implantation program, the medical facility is very popular not only in Germany, but also far beyond its borders. In addition, the department is distinguished by exceptional experience in the treatment of benign and malignant head and neck tumors. These tumors are treated within a specialized center, which operates in the medical facility. It is certified in accordance with the standards of the German Cancer Society. The department has 100 beds. About 25,000 outpatients and more than 6,000 inpatients undergo treatment here annually. The department has an excellent reputation in Germany and throughout Europe, therefore it admits thousands of patients who benefit from the high-quality medical care. The department is headed by Prof. Prof. h.c. Dr. med. Thomas Lenarz.

The main clinical focuses of the department include early detection of hearing loss in children, diagnostics and treatment of sensorineural hearing loss, including tinnitus, the full range of middle ear surgery and placement of partially implanted hearing aids, skull base surgery, including treatment of acoustic neuroma, cancer surgery using modern laser and endoscopic interventions, treatment of chronic inflammatory processes of the nose and paranasal sinuses (including allergic reactions), plastic reconstructive interventions, etc.

Of particular interest are the diagnostics and treatment of benign and malignant head and neck tumors (for example, diseases of the larynx, pharynx and oral cavity, including tumors of the large salivary glands). Therapy is prescribed taking into account all the features of a particular clinical case. The main therapeutic options include surgical treatment, the goal of which is a total removal of the neoplasm and the preservation of organ function, as well as combined chemoradiation therapy. In addition, the specialists have modern surgical techniques, for example, laser surgery, navigation surgery, and intraoperative sonography. If desired, the patient can participate in international clinical trials.

It should be noted that the department widely uses innovative laser devices, such as CO2 laser, which is ideal for the surgical treatment of soft tissue tumors, neodymium laser (Nd: YAG), which is most often used for the treatment of patients with chronic nasal obstruction, snoring, chronic non-allergic rhinitis, KTP laser, Er: YAG laser.

The department is one of the best in the world medical arena in cochlear implantation. As of today, this therapeutic technique is the only effective way to treat severe hearing loss and even total hearing loss in adults and children. The essence of cochlear implantation is in the implantation of a special device consisting of a receiver, a signal decoder and a chain of electrodes, which are implanted into the cochlea. The cochlear implant cannot give a person the opportunity to restore hearing, so a speech processor is placed on the outside. The speech processor's microphone converts ambient acoustic signals into electrical signals, which pass to the sound processor and are converted into a series of electrical impulses. These pulses are sent to the transmitter coil and directed to the implant. Prior to the surgery, the attending physician selects the most suitable type of cochlear implant and tells the patient about the stages of the upcoming treatment, since after the operation for cochlear implant implantation, rehabilitation is required to adjust the device and develop auditory perception and speech in the case of surgery in young children. The operation is performed under general anesthesia, so the patient does not experience any pain. The hospitalization period for adult patients is 5-6 days. Children require a longer hospital stay – up to 4-6 weeks. The department has been engaged in the adaptation of hearing and speech in children after cochlear implantation since 1984, and therefore it has its own effective algorithms to ensure optimal treatment results.

The department's otolaryngologists also successfully perform operations for the implantation of partially and fully implantable devices in patients with various types of hearing loss. The placement of implantable hearing aids has been performed in the department since 1997, so the specialists have vast clinical experience in this area. Obviously, the ​​competence of the department's doctors also includes the selection of classical hearing aids, depending on the type and severity of hearing loss. 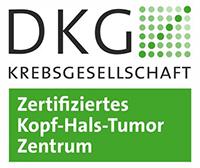