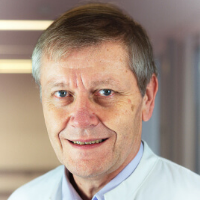 About the Department of General, Abdominal and Transplant Surgery at Hannover Medical School (MHH)

The Department of General, Abdominal and Transplant Surgery at the Hannover Medical School offers the full range of services in these medical fields and provides high-quality treatment for various surgical diseases. The key areas of the department's activities include surgical interventions on the esophagus, stomach, liver, biliary tract, gallbladder, pancreas, small and large intestine, as well as endocrine organs. The department's doctors also specialize in the surgical treatment of hernias. A special place in the clinical practice is given to organ transplantation – liver, kidney and pancreas. The medical facility also successfully uses sparing minimally invasive surgical techniques and the innovative da Vinci surgical system. The department's doctors have long experience and outstanding qualifications, which, in combination with high-tech equipment, can work wonders. The operating rooms correspond to the very latest standards of hygiene and safety, so patients can be sure of a favorable outcome of the surgical treatment. The department is headed by Prof. Dr. med. Jürgen Klempnauer.

The department has state-of-the-art equipment, advanced computer systems, the da Vinci Xi surgical system, surgical technologies for a wide range of minimally invasive interventions, which have many advantages and are more sparing than open interventions.

As of today, robotic interventions are increasingly performed in the department. During the operation, the surgeon is sitting at a special control panel, which he uses to set each surgical manipulation and control the actions of the robot. The image of the surgical field is transmitted to a large screen at multiple zoom, so that the surgeon can clearly see the smallest anatomical structures. The surgical robot is equipped with four slave manipulators, with the help of which the operation is performed. The innovative technology provides more precise movements of tiny instruments in the robot arms, as well as smooth rotation (360°) of the instruments in space. The main advantage of robot-assisted surgery is impeccable precision, due to which damage to healthy tissues and nerve fibers is almost excluded. The department's surgeons perform robotic surgeries for diseases of the gallbladder (removal), gastroesophageal reflux disease, colorectal cancer, diverticular disease, chronic inflammatory bowel disease (ulcerative colitis and Crohn's disease), liver and pancreatic tumors, as well as benign and malignant tumors of the stomach and esophagus. 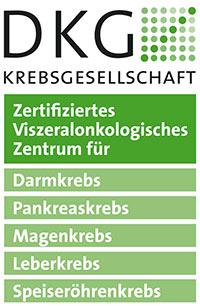