Department of Adult and Pediatric Neurosurgery (229741) 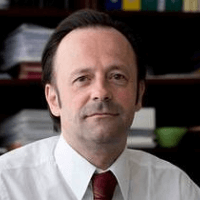 The Department of Adult and Pediatric Neurosurgery at the Hannover Medical School offers the full range of services in this medical field. It performs surgical treatment of the nervous system diseases using the most advanced microsurgical, endoscopic, stereotactic and interventional techniques. The department's doctors specialize in the correction of functional nervous system disorders, surgery for brain and spinal cord tumors, including pituitary gland, skull base surgery, neurovascular interventions, spinal surgery, surgical treatment of traumatic brain injuries and nervous system diseases in children. The department is headed by Prof. Dr. med. Joachim Krauss.

Special attention should be given to the exceptional professionalism of the department's team of neurosurgeons. The medical team consists of four senior physicians, two highly specialized physicians, 18 assistant physicians and a large number of nursing staff. The specialists take on the most complex clinical cases, and at the same time achieve excellent results, providing their patients with a decent quality of life. Whenever possible, doctors use sparing microsurgical, endovascular and minimally invasive surgical techniques that allow the patient to avoid prolonged postoperative recovery. The neurosurgeons of the medical facility cooperate closely with neurologists, neuroradiologists and other specialists from related fields.

One of the priority focuses of clinical practice is the treatment of benign and malignant brain and spinal cord tumors. The goal of surgical treatment is the most complete and sparing removal of tumors. Modern surgeries with intraoperative monitoring allow the department's specialists to perform tumor resection while preserving vital functions, also in eloquent brain regions. In addition to microsurgical techniques for the removal of brain tumors, the department offers many other minimally invasive techniques – neuroendoscopy, stereotaxy, fluorescence-guided tumor resection and biopsy with neuronavigation systems. To achieve the best treatment results, there is maintained close cooperation with other departments and centers of the hospital.

The specialists have particular competence in spinal surgery. The department's neurosurgeons successfully perform surgical procedures to replace intervertebral discs, stabilize the spine, surgeries for spinal stenosis, scoliosis, as well as removal of benign and malignant spinal tumors. Most of the operations are performed using minimally invasive techniques, while the application of computer navigation and neuromonitoring practically eliminates the risks of postoperative complications.

Board Certification and Additional Qualifications