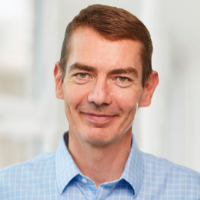 About the Department of Pediatric Hematology, Oncology and Stem Cell Transplantation in Children at Hannover Medical School (MHH)

The Department of Pediatric Hematology, Oncology and Stem Cell Transplantation in Children at the Hannover Medical School specializes in the diagnostics and treatment of the full range of solid malignant tumors and various types of blood cancers. In addition to the treatment of oncopathologies in childhood, the medical facility also performs all types of stem cell transplantation in young patients. A distinctive feature of the department is the combination of clinical activities with medical research, due to which it uses the advanced treatment methods for all oncological and hematological diseases in childhood. A multidisciplinary team of highly qualified physicians, including pediatric oncologists, hematologists, radiation oncologists, surgeons, pediatric psychologists, and experienced nursing staff takes care of the children's health. The department's doctors are guided by the recommendations of the German Society for Pediatric Oncology and Hematology (GPOH) in their work. The medical complex is one of the leading pediatric centers of this kind in Germany, and provides effective treatment of diseases of any severity. The Chief Physician of the department is Prof. Dr. med. Christian Kratz.

The department specializes in the diagnostics and treatment of all types of solid malignant tumors in children and adolescents. The most common pathologies in this field include sarcomas, liver cancer, thyroid cancer, neurinomas, nephroblastomas, malignant abdominal tumors, neuroblastomas, retinoblastomas and other tumors. To make an accurate diagnosis, a number of examinations are carried out, including laboratory tests, functional and imaging tests. The department has diagnsotic room with modern equipment for examining children. Based on the particular diagnosis, the stage of cancer, the age of the child, his general health condition and other factors, the interdisciplinary tumor board develops the optimal treatment regimen. As a rule, the doctors combine several therapeutic techniques: surgery, chemotherapy, radiation therapy, targeted therapy, stem cell transplantation and others. Psychologists are often involved in the therapeutic process, because after detection of cancer, both child and his parents experience an emotional shock, which can be difficult to cope with without professional psychological assistance.

The team of hematologists of the pediatric department treats benign and malignant pathologies of the hematopoietic system. These include leukemias, lymphomas, myelodysplastic disorders, blood clotting disorders, abnormalities of erythrocytes, platelets, granulocytes and lymphocytes, anemia, thrombocytopenia, etc., which occur in childhood and adolescence. The treatment of benign hematopoietic diseases is usually based on the use of classical and innovative drugs, including vitamin complexes. In the case of blood cancer, pediatric hematologists use more radical measures – chemotherapy and/or stem cell transplantation.

Activities in Professional Organizations and Societies 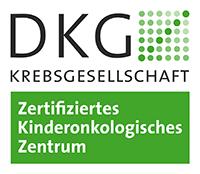