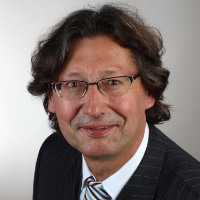 About the Department of Pediatric Surgery at Hannover Medical School (MHH)

The Department of Pediatric Surgery at the Hannover Medical School offers all the options of modern surgery for the treatment of various diseases in children. The team of the department's doctors admits newborns, young children and adolescents under the age of 18. The main clinical focuses of the medical facility are on minimally invasive surgery, neonatal surgery, cancer surgery in children, surgical treatment of genitourinary diseases and various injuries, as well as correction of congenital thoracic deformities. The department performs about 2,000 operations annually, including more than 200 major and minimally invasive thoracoscopic and laparoscopic operations. The department has 36 beds for children and 15 beds for their parents. If clinically indicated, pediatric surgeons always prefer minimally invasive surgical techniques. Doctors maintain a pleasant and friendly atmosphere in the department so that young patients feel comfortable. The department is headed by Prof. Dr. med. Benno Ure.

The department has two large surgery blocks with state-of-the-art technology (including the necessary sets of instruments and equipment for minimally invasive surgery). The range of surgical interventions varies from outpatient procedures to complex operations, during which a heart-lung machine is used. It should be noted that the department specializes in operations of any complexity in children of all age groups, ranging from premature babies born before the 30th week of pregnancy (sometimes weighing less than 500 grams), and ending with 16-year-olds, whose growth may exceed 1,80 meters.

The department most often admits children with general surgical diseases: inguinal and umbilical hernias, intussusception, Meckel's diverticulum, appendicitis, gastroesophageal reflux disease, neck cysts, etc. More than 50 types of operations on the abdominal and thoracic organs are performed using minimally invasive surgical techniques. The use of sparing surgical techniques contributes to the rapid postoperative recovery of the child, and also virtually eliminates the risk of complications.

The department's doctors are distinguished by their outstanding achievements in the surgical treatment of malignant tumors in children. The specialization of the medical facility in this field includes resection of neuroblastomas, nephroblastomas, liver tumors, pancreatic tumors, soft tissue tumors (sarcomas) and bone tumors. Prior to the surgical procedure, each clinical case is considered at an interdisciplinary board with the participation of pediatricians, pediatric oncologists, radiologists and other specialists. The doctors cooperate closely with surgeons to develop optimal treatment tactics. The first-line therapy is usually surgical removal of the tumor, after which chemotherapy or radiation therapy is prescribed to a child. The doctors also use immunotherapy in some cases.

The department's medical staff understands that the upcoming operation is a huge emotional shock for both the child and his parents, therefore they devote enough time to personal communication with young patients and their families, informing them in detail about each stage of treatment. In addition, the doctors always strive to establish a trusting relationship with the child and do everything possible so that he does not feel fear of the upcoming operation.

The department provides the surgical treatment of the following diseases:

Membership in the International Societies

Membership in the National Societies