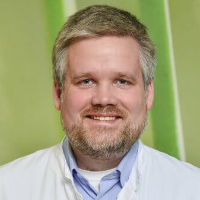 About the Department of Radiation Therapy at Hannover Medical School (MHH)

Prior to prescribing a specific type of radiation therapy, the patient must undergo a complete diagnostic examination. Planning of the forthcoming irradiation is carried out using a Siemens SOMATOM Definition AS CT scanner. Radiation therapy sessions are carried out on advanced linear accelerators from Elekta, which provide the maximum therapeutic effect with the minimum radiation dose. In addition, the department has state-of-the-art equipment for afterloading radiation therapy. The advanced technologies at the disposal of the medical facility make it possible to focus the rays on the tumor as much as possible without damaging the neighboring healthy organs and tissues.

During the procedure, the patient receives a strictly defined dose of radiation, carefully calculated at the planning stage. The attending physician determines the duration of the course of treatment based on diagnostic data (diagnosis, tumor location, stage of cancer, general health condition of the patient, etc.). Stereotactic radiation therapy requires only one treatment session. After completing the full course of treatment, the patient receives the necessary recommendations for further observation. As a rule, three months after the radiation therapy, the patient undergoes a follow-up diagnostic examination to evaluate the results obtained.

The medical team of the department works closely with doctors of related specialties, including oncologists, chemotherapists, radiologists, as well as doctors specializing in gastroenterology, orthopedics, neurology, gynecology (depending on the type and location of the oncological process). An interdisciplinary approach allows achieving the best results in the fight against cancer.

Scholarships and Awards for Research Papers