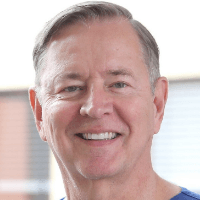 The Department of Adult and Pediatric Cardiac Surgery at the HELIOS Clinic Krefeld offers the full range of services in this medical focus. The department specializes in heart valves surgery, coronary artery bypass grafting, surgical treatment of cardiac arrhythmias and heart failure. The department has the very latest diagnostic and therapeutic methods that ensure optimal treatment results. The department is headed by Prof. Dr. med. Jürgen Ennker.

For the treatment of heart valves, there is offered implantation of modern mechanical bicuspid prostheses or biological heart valves. In addition, the department is one of the few in Germany performing the Ross procedure – a technically difficult intervention to replace the aortic valve. The advantages of this operation include optimal restoration of normal blood circulation and patient’s physical condition, long-term results of the operation, absence of restrictions in the way of life and trouble-free recovery of working capacity. The surgeons of the department have already performed more than 500 such interventions in adults and children, while the death rate after surgery accounts for less than 1%. Aortic valve reconstruction by David procedure is also included in the department’s range of services and provides positive long-term results.

It should be noted that aortic valve  surgery (most often replacement) and mitral valve reconstruction are performed minimally invasively with the use of video monitoring. Since 2010, transcatheter aortic valve implantation has been performed here, which is ideal for the treatment of seriously ill patients who, due to concomitant diseases or elderly age, will not be able to tolerate open interventions.

The medical team of the department has an extensive experience in the treatment of coronary heart disease. Coronary artery bypass grafting is the major treatment method in this are. Also, the department offers many innovative methods for treating coronary diseases:

The department's scope of tasks include treatment of heart failure. One of the most effective methods is cardiac resynchronization therapy, which gives excellent results in severe chronic heart failure in patients with low ejection fraction (<35%) and impaired myocardial stimulation, if the patient's condition does not improve in case of drug treatment.

Another alternative is pacemaker implantation (single- and double-chamber) and its replacement. The operation is performed under local anesthesia and with the us of the most advanced monitoring systems.

The spectrum of therapeutic services for the treatment of heart failure also encompasses mechanical support for blood circulation and heart transplantation. When choosing a treatment method, all risks and benefits should be considered. There is close cooperation with many specialized cardiological clinics.

In addition, the department offers surgical treatment of the thoracic aorta by either installing hybrid endoprostheses or combining conventional vascular reconstruction and implantation of a self-expanding stent.

The medical team of the department specializes not only in performing primary operations, but also in repeated interventions of high complexity.

​Prof. Jürgen Ennker studied medicine at the Universities of Hanover, Cape Town and Freiburg. He passed medical examination in 1979 and was admitted to medical practice at the Hannover Medical School. In the same year, he defended his doctoral thesis with honors, and in 1982 passed the United States Medical Licensing Examination (Education Commission for Foreign Medical Graduates (ECFMG)).

After completing the professional training for the title of Medical Specialist in the Department of Surgery at the Hannover Medical School (under the supervision of Hans Georg Borst, Rudolf Pichlmayr and Harald Tscherne) in 1986, he returned to Berlin, where he became Senior Physician at the German Heart Centre.

From April 2015 till the end of March 2017, Jürgen Ennker worked as a Senior Physician in the Department of Cardiac Surgery at the HELIOS Clinic Siegburg.

From April 2017 till the end of April 2019, the doctor worked as an Acting Head of the Department of Cardiac Surgery at the University Hospital Oldenburg.

Since May 2019, the professor has headed the Department of Adult and Pediatric Cardiac Surgery at the HELIOS Clinic Krefeld.

Dr. Jürgen Ennker specializes in practical and scientific researches in the field of coronary artery bypass grafting without the use of a heart-lung machine and mitral valve reconstruction.