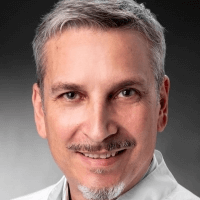 About the Department of Adult and Pediatric Diagnostic, Interventional Neuroradiology at International Neuroscience Institute Hannover

The Department of Adult and Pediatric Diagnostic, Interventional Neuroradiology at the International Neuroscience Institute Hannover provides the full range of services in the areas of its specialization. The department's medical team provides high quality diagnostic tests to assess the state of the central and peripheral nervous system, as well as modern interventional image-guided procedures on the blood vessels of the brain. The department has a Siemens 1.5 T MRI scanner, a device for functional magnetic resonance imaging, a 128-slice computed tomography scanner, a biplane angiography system, a device for digital subtraction angiography and 3D rotational angiography system, which allow the doctors to comprehensively examine the patient's nervous system and detect the most insignificant pathological changes. All of these devices are also used during image-guided therapeutic interventional procedures. For example, facet joint block involves CT-guided injections of painkillers, which ensures the safety of the procedure. The department uses a modern picture archiving and communication system, with the help of which all doctors from other departments of the hospital have access to the results of patient diagnostic examinations. In addition, this system provides access to the diagnostic results to doctors from partner hospitals in especially complex clinical cases, when the patient needs to get a second opinion.

The department is headed by PD Dr. med. Gerasimos Baltsavias. The specialist enjoys an excellent reputation all over the world and has an impressive clinical experience in his field of expertise. The doctor underwent his professional training in leading medical centers in Austria, Great Britain and the USA, and for almost 10 years he worked in the Department of Neuroradiology at the University Hospital Zurich, which is considered one of the best in Europe.

When conducting diagnostics, the specialists use the latest generation CT and MRI machines. This guarantees a minimum dose of radiation that does not cause harm to the patient's health. Contrast enhancement is often used during the diagnostic examinations. In cooperation with the University Hospital Magdeburg, the department provides functional magnetic resonance imaging, the purpose of which is to assess hemodynamics (changes in blood flow activities) when certain regions of the brain are activated. The diagnostic method is based on the fact that the increased activities of a particular region of ​​the brain result in the increased blood flow to this region, which means that the parameters of blood flow in the bloodstream are also changed. This type of diagnostic examination allows obtaining valuable diagnostic information in case of neurodegenerative diseases, movement disorders, and can also be used when planning surgery to remove brain tumors. Functional MRI helps avoid damage to the motor and speech centers during surgery. The department's specialists also perform digital subtraction angiography, which allows high-precision imaging of small diameter blood vessels.

State-of-the-art CT, MRI and angiography devices are also used in the department for image-guided therapeutic procedures. Clinical practice focuses on endovascular treatment of cerebral aneurysms, arteriovenous malformations of the brain, some types of tumors of the nervous system and back pain (block). Along with the treatment of vascular malformations in adults, the task of the department's specialists is the treatment of vein of Galen aneurysm, which is a rare congenital arteriovenous malformation of the brain in children. This malformation can be diagnosed in utero. Due to the lack of physiological connection between the capillaries, the baby's heart is exposed to increased stress, which can lead to impaired cardiac function. Without timely treatment, pathology can lead to cardiac arrest or the development of hydrocephalus, progressive brain dysfunction and other severe complications. To close the communication between the vein and arteries, the doctors of the department use the finest microcatheter and a platinum coil, as well as special glue.

The department's range of diagnostic and therapeutic services includes:

PD Dr. med. Gerasimos Baltsavias is the Head of the Department of Adult and Pediatric Diagnostic, Interventional Neuroradiology at the International Neuroscience Institute Hannover. The doctor is an internationally recognized specialist in the field of endovascular treatment of vascular diseases of the head and neck.