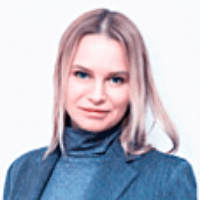 The Department of Proton Therapy at the Proton Therapy Center of Dr. Berezin Medical Institute (MIBS) Saint Petersburg specializes in the treatment of cancer in adults and children using the innovative Varian Probeam system. Proton therapy is the most accurate, safest and most sparing method of radiation therapy for cancer. The technique allows the doctors to effectively destroy malignant cells by increasing the dose of radiation and at the same time has a minimal negative effect on healthy organs and tissues. The Chief Physician of the department is Dr. med. Berezina Natalia Alexandrovna.

The department's specialists annually admit more than 800 patients from Russia and other countries of the world, including Australia, Canada, Great Britain, Israel and Kuwait. The department has been operating since 2017, but in such a short time it has managed to gain an excellent reputation in the field of its competence. The treatment success rates are comparable to those of the best clinics in Europe and the USA.

The main advantage of proton therapy is that protons release the bulk of their energy exactly at the location of the cancerous tumor, which ensures its maximum destruction. At the same time, healthy surrounding tissues are not exposed to radiation. In addition, precise focusing of proton radiation helps to prevent recurrence of malignant tumors in the future. The therapy is effective in the treatment of the most complex oncopathologies, such as prostate, brain, eye tumors, as well as cancer in children. Intensity modulated proton therapy is used to deliver a high dose of protons to complex or irregular tumors that can be located near the spine, neck, inside the skull, or near the base of the skull.

The department uses two types of proton delivery to the tumor – pencil beam scanning and passive scattering. The choice of the type of proton delivery to the target area plays a decisive role in its success. Today, pencil beam scanning is a more accurate type of proton therapy, so the doctors of the department give preference to it. During the therapeutic procedure, a narrowly directed beam of protons with a diameter of less than a millimeter, controlled by numerous magnets, scans the affected area layer by layer – the process resembles shading with the tip of a sharpened pencil. The beam moves deep into the tumor, exactly repeating its shape and filling the entire volume of the treatment zone with radiation points, the number of which can range from 1,000 to 2,000 per procedure. Depending on the disease and the specific clinical situation, the course of proton therapy can include from 5 to 35 procedures, which are carried out daily, except Saturday and Sunday. Each session lasts 15 to 30 minutes, with most of this time taking up precise positioning of the patient on the gentry of the treatment table. The actual irradiation of the tumor lasts 1-2 minutes, during which the proton beam accelerated to two-thirds of the speed of light neatly shades the entire volume of the target area.

The department's doctors have been trained at leading Proton Therapy Centers in the USA, Europe and Japan. They are certified for their competence in proton therapy in adults and children. In addition, the doctors maintain close ties with many specialized Proton Therapy Centers in Europe and the United States, exchange experience and achievements. All this contributes to the achievement of the best results in the fight against cancer.