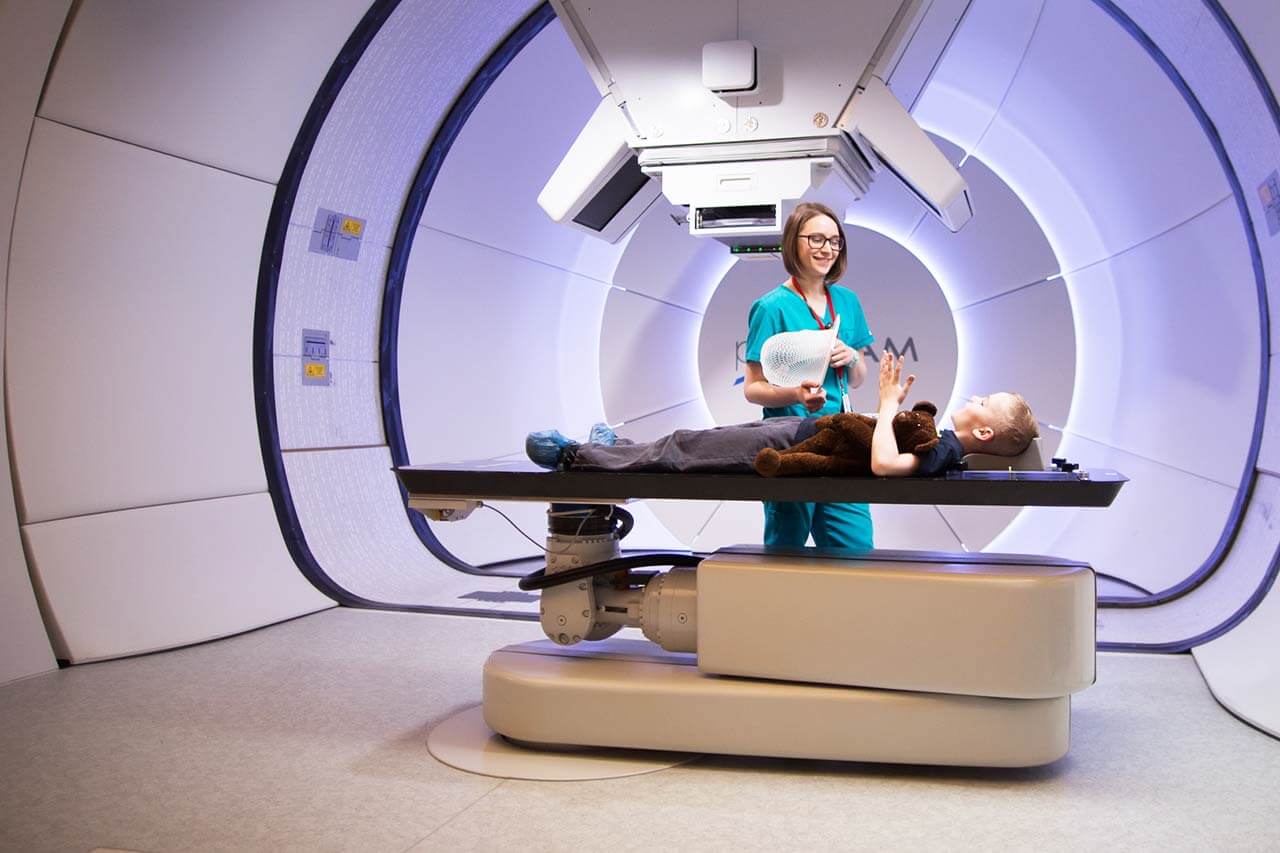 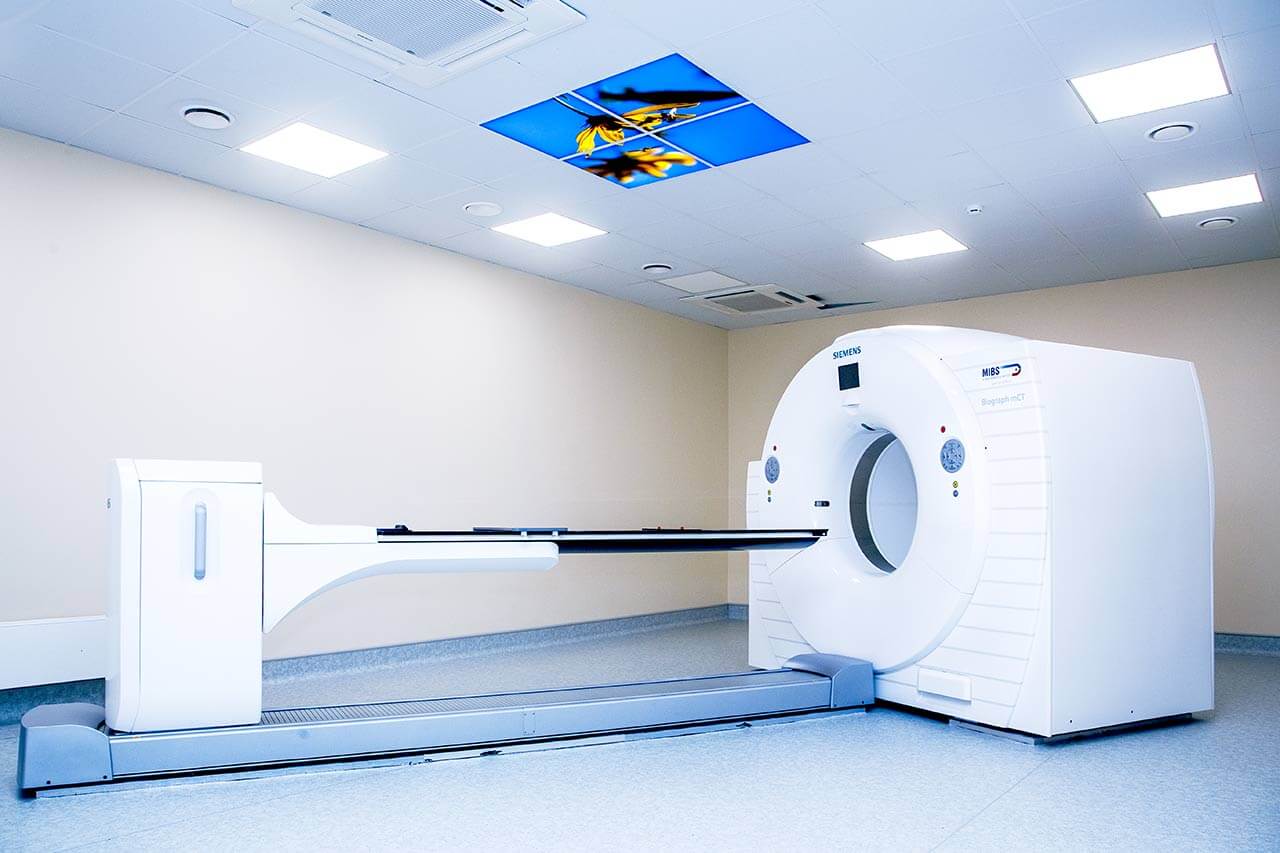 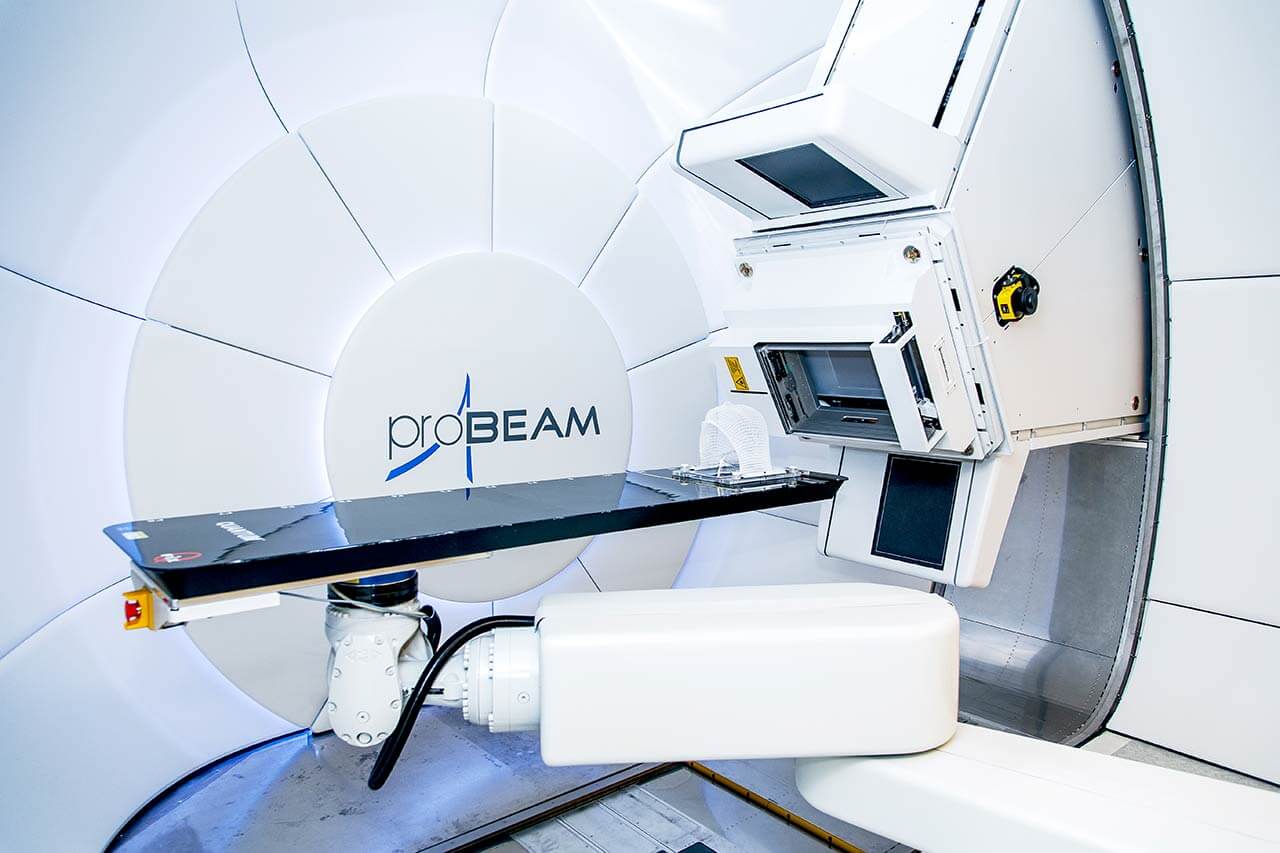 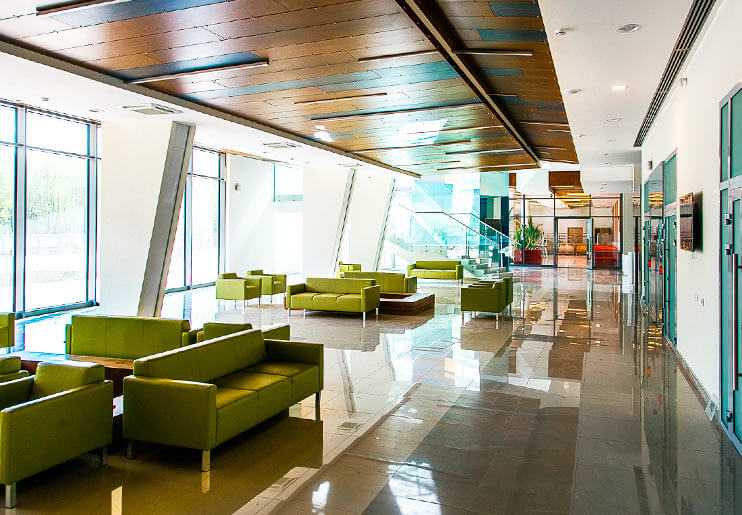 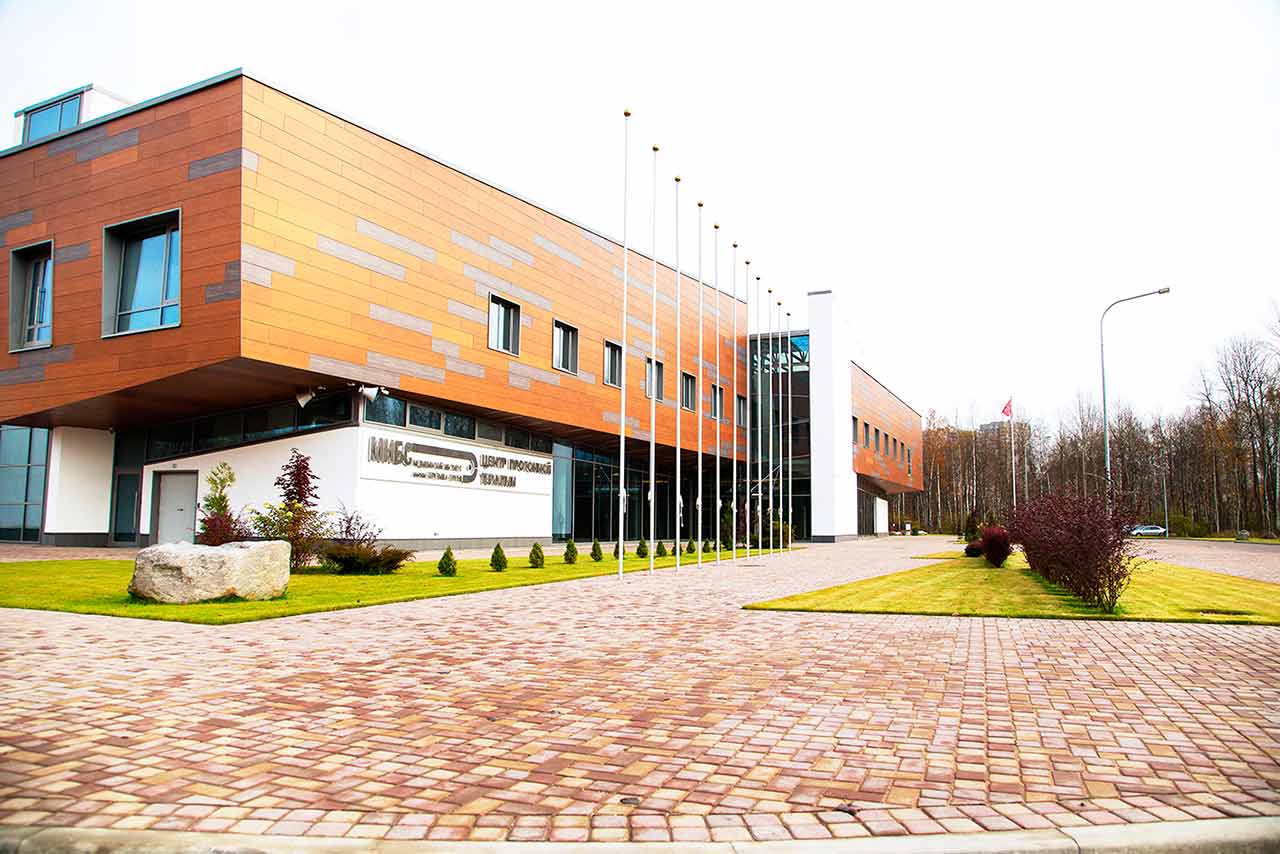 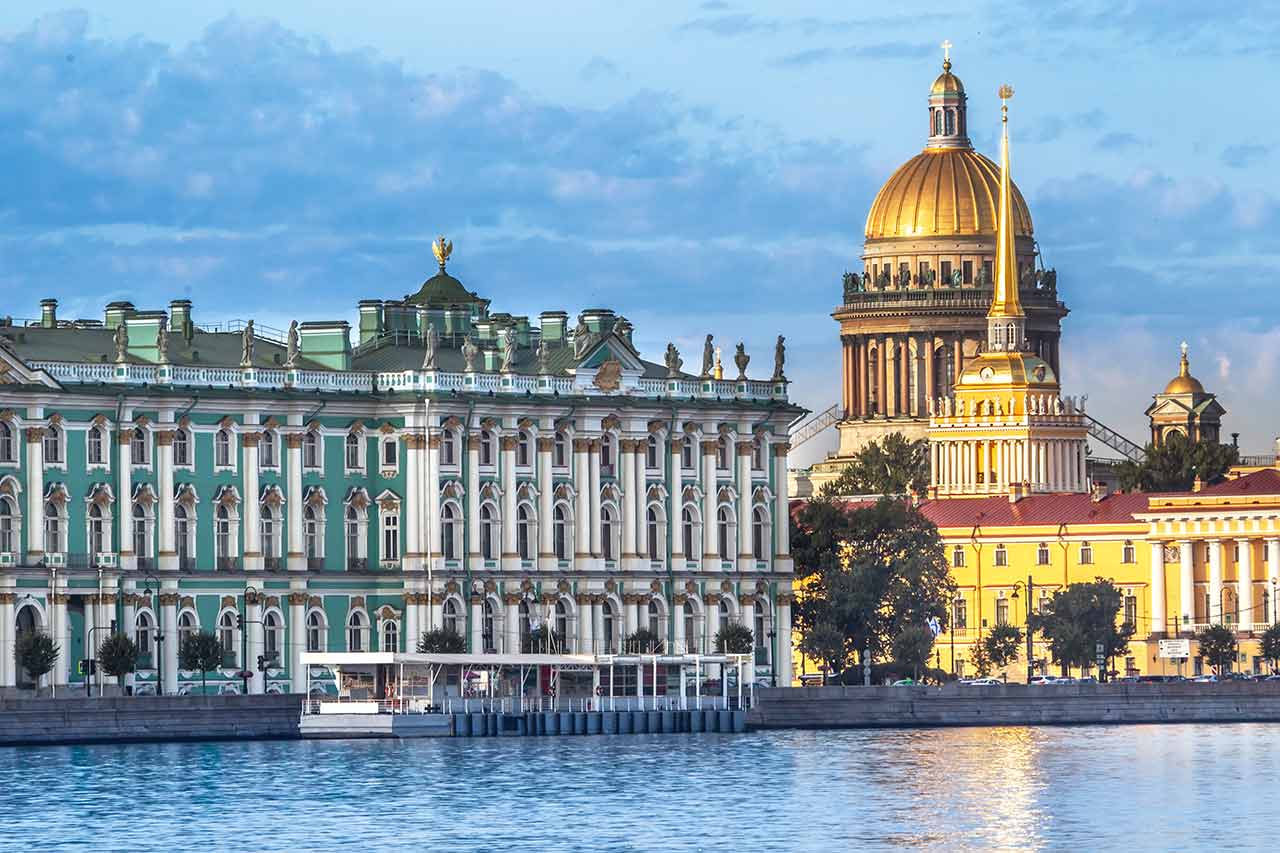 The Proton Therapy Center of Dr. Berezin Medical Institute (MIBS) Saint Petersburg is a progressive highly specialized medical facility, which provides cancer treatment. The medical complex is the first clinic in the Russian Federation and in the CIS countries where cancer patients can undergo innovative treatment using proton therapy. The Proton Therapy Center is part of the MIBS Cancer Center, which ranks among the leaders in the country in the field of radiosurgery and radiation therapy. The clinic has been providing its high-quality medical services for over 10 years. The Proton Therapy Center opened its doors in autumn 2017 and in a short period of time has earned prestige both in Russia and in the international medical arena.

The center has advanced equipment of the world famous manufacturer Varian, which makes it possible to carry out the most advanced radiation treatment of malignant tumors, including in children. The irradiation with protons differs from traditional (photon) radiation therapy with submillimeter accuracy, which is achieved through "pencil beam scanning" – a modern technology for delivery of a radiation dose to a tumor, which allows the doctors not to affect the surrounding healthy organs and tissues. Proton therapy is not inferior to photon one in clinical efficiency, and often even surpasses it. This therapy is characterized by a more rare development of side effects. This applies to the immediate side effects caused by radiation treatment (fatigue, headache, nausea) and long-term ones (organ dysfunction).

Proton therapy is internationally recognized as the best radiation treatment method for children with cancer, as it prevents blockage of growth areas, as well as slowing down intellectual and mental development. The risk of secondary radio-induced tumors, which are often detected in patients 10-15 years after photon treatment, is also reduced by an order of magnitude. This method of radiation therapy also demonstrates its advantages in the treatment of adults. Proton therapy is the optimal choice for the treatment of tumors located near vital organs and structures.

It is noteworthy that the medical center admits not only citizens of the Russian Federation, but also patients from other countries of the world, including Australia, Canada, Great Britain, Israel and Kuwait.

The convenient location of the clinic in the quiet suburb of St. Petersburg, near the urban woodlands, will also become a pleasant bonus for patients. The center is located in a beautiful landscaped green area with places for recreation and a pond. Since proton therapy does not require hospitalization and in most cases is well tolerated by patients, in spare time one can go to see the sights of St. Petersburg, which is one of the most beautiful cities in Europe.

St. Petersburg is the second largest city in Russia and the most beautiful metropolis in the world, which attracts travelers from different parts of the world. A well-known feature of the metropolis is the "white nights", which can be seen from late May to mid-July. The residents of the city and guests of St. Petersburg like to watch the opening of bridges during these nights. Despite the status of an important economic, transport and scientific center of the country, St. Petersburg is one of the best places to learn the history of Russia. Many architectural monuments of the city are included in the UNESCO World Heritage List.

The main sights of the city are concentrated between the Neva and Fontanka Rivers. Here the guests of the city can see the Palace Square, the Hermitage, the Admiralty, as well as Nevsky Prospect. To the west of the Admiralty is the famous Mariinsky Theatre, and to the north is Vasilievsky Island with its universities and museums. The city is also famous for its wonderful churches, including the Peter and Paul Cathedral, where Peter I and other emperors are buried, Saint Isaac's Cathedral with the dome made of about 100 kg of gold, as well as the Kazan Cathedral on Nevsky Prospekt, which was built on the model of the famous St. Peter's Basilica in Rome.

In addition, the metropolis has many museums with interesting and unique exhibits, including the Museum of Gramophones, Freud's Dream Museum, Museum of Erotica, as well as the Museums of Water and Vodka. St. Petersburg is also famous for its theaters. The Mariinsky Opera and Ballet Theater ranks first among them.

St. Petersburg has the fame of an open-air museum and can offer its guests not only historical sights, but also other entertainments, for example, a huge variety of cafes and restaurants with national flavor and delicious Russian cuisine, nightclubs with bright events and show programs, etc.