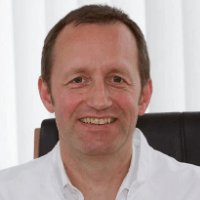 About the Department of Surgery at Academic Hospital Schlosspark Berlin

The Department of Surgery at the Academic Hospital Schlosspark Berlin offers the full range of surgical treatment and specializes in the surgical treatment of abdominal diseases, bariatric surgery and minimally invasive interventions. The special competence is in the field of bowel cancer treatment, which is carried out within the specialized center. The department's specialists also have excellent qualifications in the treatment of diverticulitis and hernias. All surgical interventions are performed within the high-tech operating rooms with the cutting-edge equipment and monitoring systems. If possible, the preference is given to sparing, minimally invasive techniques. The department is headed by Dr. med. Thomas Rost.

In the field of abdominal surgery, the key focus is on medical care for patients with malignant diseases. To provide the comprehensive treatment, the department's surgeons cooperate closely with experts in Internal Medicine. In addition, in particularly severe cases, it is possible to carry out telemedical tumor boards with specialists from the university hospitals and other partner clinics.

One of the most common pathologies in clinical practice is bowel cancer. As a rule, the patients with this diagnosis require surgical treatment. During the intervention, the affected part of the intestine with blood vessels and lymph nodes is totally removed. In the case of colorectal cancer, the integrity of the intestine after neoplasm removal can be restored by means of anastomosis. In some cases, in rectal lesion, a stoma (a surgical hole, which is formed to remove the contents of the intestine) is placed to the anterior abdominal wall. The department's surgeons successfully perform operations to resect intestinal neoplasms using minimally invasive techniques. Such operations are as effective as open surgery, but they allow the doctor to avoid traumatic incisions of the anterior abdominal wall and damage to the internal organs. Minimally invasive treatment is also characterized by a less severe pain syndrome and avoids extensive blood loss, which in turn significantly reduces the period of postoperative hospitalization.