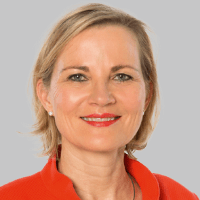 About the Department of Obstetrics, Adult and Pediatric Gynecology at University Hospital Mainz

The Department of Obstetrics, Adult and Pediatric Gynecology at the University Hospital Mainz offers the full range of services in these fields. The department is the Level I Perinatal Center, therefore it provides first-class pregnancy management, childbirth, and care in the postpartum period. An important focus in the field of gynecology is the interdisciplinary treatment of breast cancer and diseases of the female reproductive system. The department also specializes in the treatment of pelvic organ prolapse and urinary incontinence. The medical team of the department has innovative equipment for performing sparing, minimally invasive interventions that allow for quick patient’s recovery.

The department is headed by Prof. Dr. med. Annette Hasenburg, who was included in the rating of the top German physicians of 2018, according to the prestigious Focus edition!

The treatment of breast cancer and oncological diseases of the female reproductive system is one of the priorities of the department. The department conducts many studies in this field aimed at improving the methods of therapy. Each clinical case is considered during tumor boards with the participation of specialists in the field of gynecology, oncology, radiology, chemotherapy, etc. The doctors of the department practice all modern diagnostic and therapeutic methods that meet the requirements of the German Society of Gynecology and Obstetrics, as well as specialized working groups. Since the emotional attitude plays crucial role in the successful treatment, highly qualified psychologists work with patients. Within the self-help groups, patients can exchange experiences and get support.

In addition, the doctors of the department are convinced that the best option is to prevent the disease. Therefore, they offer high-precision diagnostic studies to identify the smallest pathological changes and take the necessary measures to prevent the progression of pathology.

In the field of obstetrics, expectant mothers are guaranteed the best possible safety and optimal care during and after childbirth. The department has at its disposal five modernly equipped maternity rooms. In one of the delivery rooms there is a possibility of giving birth in water (in a special bath). The department also has an intensive care unit for newborns in order to provide immediate care in the event that health problems are detected in the baby.

In addition, the department specializes in performing the following gynecologic interventions: