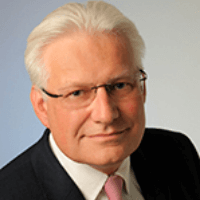 About the Department of General, Abdominal, Thoracic and Vascular Surgery at University Hospital Greifswald

The Department of General, Abdominal, Thoracic and Vascular Surgery at the University Hospital Greifswald offers the full range of services in these medical fields. The department is headed by Prof. Dr. med. Claus-Dieter Heidecke, who, according to the Focus magazine, ranks among the top German doctors!

The department is equipped with the modern operating rooms with the possibility of both classical open and sparing minimally invasive surgical interventions, which ensure the minimal blood loss and pain, as well as reduce the risk of postoperative complications. The department's specialists have the outstanding qualifications, which allow them to perform the extremely complex interventions. The department’s priority is abdominal cancer surgery.The department is certified by the German Cancer Society in the treatment of bowel and pancreatic cancers.

Today, the Doctor is the Head of the Department of General, Abdominal, Thoracic and Vascular Surgery, as well as the Head of the Bowel Center and the Pancreas Center (together with Markus M. Lerch) at the University Hospital Greifswald. Since 2002 till 2012, he held the position of the Dean of the Faculty of Medicine at the University of Greifswald, where he fulfilled a curriculum for the reform of the process of obtaining a degree in medicine in the field of clinical activities. Since 2009, Professor Heidecke has been the Сhairman of the Surgical Association for Quality and Safety in Surgical Care (CAQS) of the German Society of Surgery. In 2011, he successfully completed a Master’s Degree in Health Management, University of Osnabrück.

In 2004, he headed the 173rd Board Meeting of the Association of Northwestern German Surgeons. In 2014 and 2015, Professor Heidecke was the President of the German Society for General and Visceral Surgery. In this position, he and Peter Galle (DGVS) led the сonference on Abdominal Surgery 2014 in Leipzig.