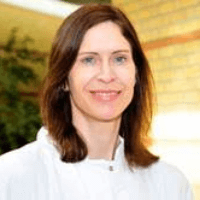 About the Department of Neurology at University Hospital Greifswald

The Department of Neurology at the University Hospital Greifswald offers the full range of diagnostics and treatment of diseases of the brain, spinal cord, peripheral nerves and muscles. The main department’s areas of specialization include the treatment of vascular diseases and strokes, all forms of epilepsy, multiple sclerosis, motor disorders, etc. The department offers the very latest diagnostic and treatment methods, including video EEG monitoring and invasive diagnostics of epilepsy, deep brain stimulation, etc. The Chief Physician of the department is Prof. Dr. med. Agnes Flöel.

The department is the recognized Center for Movement Disorders. These include diseases, such as Parkinson's disease, essential tremor, generalized and focal forms of dystonia, neurological gait abnormalities and spastic paralysis, etc. The department offers the comprehensive treatment programs, including neuropsychological counseling, occupational therapy, physiotherapy and speech therapy as part of the holistic treatment. The therapeutic options include standard and invasive drug therapy (for Parkinson's disease), as well as deep brain stimulation.

The department has long experience in the diagnostics and treatment of epilepsy and is one of the leading centers in Germany. The doctors have at their disposal the state-of-art equipment for the diagnostics of all forms of epilepsy, including non-invasive and invasive preoperative diagnostics. This allows the department's physicians to classify various forms of epilepsy and, if necessary, make a decision on surgical treatment. The therapeutic spectrum includes all modern methods, ranging from drug therapy to surgical treatment and vagus nerve stimulation (VNS therapy). Thanks to close cooperation with other German and international Epilepsy Centers, there are provided top-class medical services.

The department also boasts of its advanced experience in treating dementia, headaches, neuromuscular diseases, infectious diseases of the nervous system, inflammatory and autoimmune diseases of the central and peripheral nervous systems (neuroimmunology), as well as neuro-oncological disorders. In addition, special attention is paid to the treatment of vascular diseases and post-stroke neurological deficit. The department is a certified Stroke Unit. The offered range of services is complemented by modern telemedicine capabilities.

The department’s spectrum of services includes the diagnostics and treatment of the following diseases: