Department of Obstetrics and Prenatal Medicine

Department of Obstetrics and Prenatal Medicine (229529) 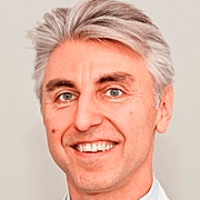 The Department of Obstetrics and Prenatal Medicine at the University Hospital Halle offers the full range of prenatal diagnostics, pregnancy management, childbirth and postpartum care in accordance with all the standards of modern medicine. Due to its successful clinical activities and the highest level of service, the department has earned the status of the Level I Perinatal Center. In addition, the department includes the Fetal Surgery Center, within which various therapeutic procedures are carried out for the treatment of fetal pathologies before delivery, in the womb. The department is headed by Prof. Dr. med. Michael Tschirikov.

The department’s specialization covers not only the management of women with a normal course of pregnancy, but also the treatment of rare diseases during pregnancy. Various screening tests are carried out in order to exclude pathologies at the stage of fetal development, including invasive ones. If a malformation or a congenital disease is detected, the doctors carry out comprehensive consultations with parents, during which they inform them about the possible consequences of the pathology, optimal treatment options and their predicted results.

It is worth noting that the department is one of the few centers in Germany, which perform intrauterine interventions in the case of rare diseases such as feto-fetal transfusion syndrome (FFTS), fetal congenital diaphragmatic hernia or obstructive uropathy.