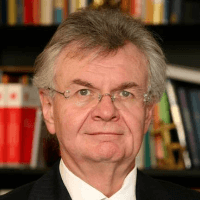 About the Department of General, Abdominal and Thoracic Surgery at University Hospital Hamburg-Eppendorf

According to the Focus magazine, the Department of General, Abdominal and Thoracic Surgery at the University Hospital Hamburg-Eppendorf ranks among the top German departments specializing in bowel cancer treatment!

The department offers the full range of surgical treatment of diseases of the thorax and abdomen, endocrine glands, blood vessels and morbid obesity. If possible, the preference is always given to sparing minimally invasive surgical techniques. The department performs more than 3,000 outpatient and about 2,600 inpatient interventions every year. The department has one of the largest interdisciplinary Obesity Centers, as well as one of three supraregional Centers for Pancreatic, Stomach and Esophageal Surgery. The Chief Physician of the department is Prof. Dr. med. Jakob Izbicki.

The department's interdisciplinary team consists of surgeons, nurses, physiotherapists, therapists and psychologists who make every effort to guarantee each patient the most effective treatment adapted to their individual needs. The department's specialists have unique experience in the field of operations on the pancreas (pancreatic cancer), esophagus and surgery of rare periampullary tumors. Also, the key role in the successful treatment outcome is played by close cooperation with the Departments of Anesthesiology and Intensive Care, Internal Medicine, Radiology and Endoscopy. Thus, the first-class medical care is ensured for the patients with concomitant diseases, such as blood clotting disorders, cardiovascular diseases and diabetes mellitus.

The department's doctors have in their arsenal many innovative treatments. Special attention should be given to the modern treatment technique for peritoneal cancer using hyperthermic intraperitoneal chemotherapy (HIPEC). The essence of the method is in the combination of surgical intervention with chemotherapy, which is carried out directly during the surgical procedure. This type of treatment gives positive results even in case of advanced cancer. When applying HIPEC, the medications influence on the tumor directly, which increases the treatment effectiveness. In addition, the chemotherapeutic drugs are heated to 42-43 °C, which ensures the best possible destruction of tumor cells. Thus, tumor cells, which are not visible with the naked eye during the surgery, die. In especially complex clinical cases, HIPEC has a cytoreductive effect.

The therapeutic service range of the department includes: