Department of Gynecology and Mammology

Department of Gynecology and Mammology (229499) 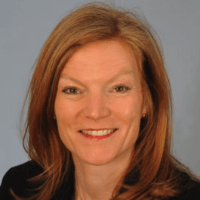 According to the Focus magazine, the Department of Gynecology and Mammology at the University Hospital Hamburg-Eppendorf ranks among the top German departments specializing in breast cancer treatment!

The department offers the full range of diagnostic and therapeutic services in its areas of specialization. Due to its successful clinical activities, the department has the status of a supraregional Competence Center for Surgical and Conservative Gynecologic Oncology, as well as of the leading Breast Cancer Center. All therapeutic measures meet the modern standards of both national and international specialized societies. The department is headed by Prof. Dr. med. Barbara Schmalfeldt.

The department's competent team of doctors and nurses provides treatment of all gynecologic diseases at the highest level of university medicine. The treatment is provided both on an inpatient and outpatient basis. If surgical treatment is necessary, the preference is always given to organ-sparing and minimally invasive interventions. The department also has an advanced robotic da Vinci surgical system. The department's surgeons annually perform about 1,300 inpatient and more than 1,150 outpatient interventions.

The department's therapeutic options include the treatment of all female genital diseases, including pathological changes in the mammary glands, hemorrhages (also in uterine myomas), diseases of the uterus, ovaries, external genital organs, pelvic organ prolapse and urinary incontinence.

The department has unique experience and qualifications in the field of gynecologic oncopathologies. The department's doctors managed to achieve the most outstanding results in the field of ovarian and breast cancer treatment. The interdisciplinary consultations serve to develop an optimal treatment regimen for each patient and adapt it to the specific clinical indications. An integral part of cancer therapy is psycho-oncological care.

Breast cancer treatment is carried out in strict accordance with the guidelines of the German Cancer Society and the German Society of Senology. The department's doctors have many effective treatment methods for this pathology, including organ-sparing operations. In especially difficult and neglected cases, when it is not possible to preserve the patient’s own breast, the doctors offer reconstructive plastic surgery (breast reconstruction using implants, nipple reconstruction, etc.). Breast reconstruction can be carried out directly during the tumor removal or in the form of the subsequent secondary intervention.