Department of Hematology, Oncology and Pulmonology

Department of Hematology, Oncology and Pulmonology (229503) 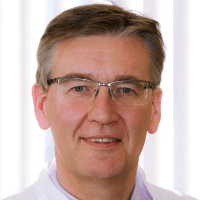 About the Department of Hematology, Oncology and Pulmonology at University Hospital Hamburg-Eppendorf

According to the Focus magazine, the Department of Hematology, Oncology and Pulmonology at the University Hospital Hamburg-Eppendorf ranks among the top medical facilities in Germany specializing in bowel cancer treatment!

The department offers the full range of modern diagnostics and treatment of solid tumors, benign and malignant blood and hematopoietic system diseases, including bleeding disorders, as well as pathologies of the lungs and other organs of the respiratory system. The offer is complemented by effective palliative care. All physicians of the department are highly qualified experts in their area of specialization and apply theoretical knowledge and clinical experience to ensure an optimal therapy result. The department is headed by Prof. Dr. med. Carsten Bokemeyer.

In the field of hematology and oncology, of particular interest is the diagnostics and treatment of blood cancer (leukemias), lymphomas, gonadal tumors (for example, testicular cancer), malignancies of the digestive system, such as esophageal, stomach, pancreatic and colon cancer, cancer of the respiratory tract (lung cancer), connective tissue (sarcoma), as well as bleeding disorders. The pulmonary spectrum covers all diagnostic options, including interventional endoscopy and therapy. There is a unique experience in the treatment of pulmonary hypertension, cystic fibrosis, interstitial lung diseases.

An integral part of the department’s work is interdisciplinary cooperation with related doctors, such as radiologists, surgeons, radiation therapists, otolaryngologists, dermatologists, etc. An important role is also played by cooperation with all partners in the University Cancer Center Hamburg, as well as with international partners. 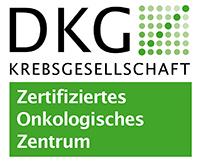