Department of Adult and Pediatric Neurosurgery (229513) 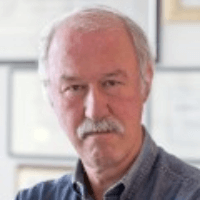 The Department of Adult and Pediatric Neurosurgery at the University Hospital Hamburg-Eppendorf offers the diagnostics and comprehensive treatment of neurosurgical pathologies, including tumors of the central and peripheral nervous system. The department is the leading Center of Neurosurgery in Northern Germany and is responsible for the implementation of new algorithms for the treatment of patients with brain tumors. To this end, there is an active participation in the international researches and the development of new surgical methods, for example, operations in the waking state. Close interdisciplinary cooperation also contributes to the achievement of optimal treatment results. The Chief Physician of the department is Prof. Dr. med. Manfred Westphal.

The department has advanced experience in the treatment of injuries, pathologies and cancers of the brain and cranial bones, spinal cord and spinal column, degenerative diseases of the spinal discs and spinal stenosis, as well as diseases of the peripheral nervous system. The Department of Neuroradiology has been cooperating with the Center of Competence for Cerebrovascular Diseases for a long time. It is the only center of this kind in Northern Germany and it treats patients from all over Germany and other countries.

Special attention is paid to pediatric neurosurgery. In cooperation with the Department of Pediatrics, there is provided the treatment of the entire range of neurosurgical diseases in childhood. In particular, the department specializes in brain and skull base tumors, congenital malformations of the skull, hydrocephalus (cerebrospinal fluid circulation disorders), cerebrovascular diseases, as well as other neuropediatric pathologies.

In addition, the department uses deep brain stimulation to treat motor disorders, such as Parkinson's disease. In this field, the department is one of the most experienced in Germany. In collaboration with the Evangelical Foundation Alsterdorf, the department offers the very latest surgical treatments for epilepsy.

The therapeutic service spectrum is complemented with the microsurgical and minimally invasive treatments for spinal diseases with a focus on cervical and lumbosacral disc herniation, spinal canal narrowing (stenosis), as well as spinal cord tumors, especially the intradural ones.

The department’s medical services include: