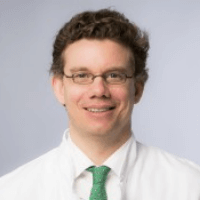 About the Department of Nephrology, Rheumatology, Endocrinology and Kidney Transplantation at University Hospital Hamburg-Eppendorf

The Department of Nephrology, Rheumatology, Endocrinology and Kidney Transplantation at the University Hospital Hamburg-Eppendorf offers the full range of medical services in these fields. The department's doctors are recognized experts in the diagnostics and treatment of kidney diseases, hypertension, rheumatic diseases, endocrine disorders, diabetes mellitus, morbid obesity and lipid spectrum disorders. The department is headed by Prof. Dr. med. Tobias B. Huber.

With more than 80 kidney transplantations yearly, the department has an excellent reputation in this field at the national and international levels. It also performs combined kidney and pancreas transplantation. In addition, the service range covers the preparation for transplantation and follow-up care for patients.

Prof. Huber is a German nephrologist and therapist. He holds the position of the Professor and Head of the Department of Nephrology, Rheumatology, Endocrinology and Kidney Transplantation at the University Hospital Hamburg-Eppendorf. Previously, he headed the Department for Chronic Kidney Disease at the University Hospital Freiburg. Dr. Huber is known worldwide for his scientific work on the molecular structure and function of the kidney filter.

The doctor studied Human Medicine in Freiburg, Vienna and Tampa (USA), 1992 - 1999. After receiving his Doctoral Degree at the Freiburg Institute of Physiology, he worked as an Assistant Physician in the Department of Nephrology at the University Hospital Freiburg. Since 2003 till 2006, he was engaged in research activities as a Scholar (Emmy Noether Scholarship) of the German Research Foundation in the Department of Immunology and Pathology at the Washington University in St. Louis (USA). In 2007, he had his habilitation and board certification in Internal Medicine. Also, at this time, Dr. Huber headed the Emmy Noether Research Group in Freiburg. In 2012, he took part in the Heisenberg Programme. Since 2013, he is W3 Heisenberg Professor in Nephrology in Freiburg. Since 2015 till 2017, Dr. Huber worked as a Deputy Head of the Department of Nephrology and Internal Medicine, as well as the Head of the Department for Chronic Kidney Diseases at the University Hospital Freiburg. Also, he was a Co-Director of the Center for BioSystem Analysis (ZBSA). Since April 2017, Dr. Huber has been the Head of the Department of Nephrology, Rheumatology, Endocrinology and Kidney Transplantation at the University Hospital Hamburg-Eppendorf.

Prof. Huber and his team made an important contributions to understanding renal function and the pathogenesis of kidney diseases. The researches are aimed at studying complex signaling processes in the development and progression of kidney pathologies. Huber's team identified several molecular mechanisms responsible for the formation of kidney failure, aging and pathological changes in the kidneys.

Prof. Huber was awarded several national and international prizes for kidney researches. In addition to research scholarship of the German Nephrology Foundation (2002), the German Society of Nephrology awarded him the Carl Ludwig Prize (2004), the Hans U. Sollinger Research Prize (2009) and the Franz Volhard Prize (2010). In 2012, the American Society of Nephrology and the American Heart Association awarded him the prestigious Young Researcher Prize. In 2014, Dr. Huber received the Consolidator Grant of the European Research Council for his researches of diabetic nephropathy. In 2014, the professor became a Member of the American Society for Clinical Investigation. Since 2015, he has been a Senior Internal Research Fellow at the Freiburg Institute for Advanced Studies (FRIAS).