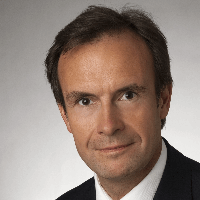 About the Department of Vascular Surgery at University Hospital Hamburg-Eppendorf

The Department of Vascular Surgery at the University Hospital Hamburg-Eppendorf offers all the modern options for the diagnostics and treatment of vascular diseases. The activities of the department are based on an integrated approach to the treatment, therefore, the experts in the field of vascular surgery, interventional treatment and conservative therapy work hand in hand here. An important role in the department's clinical practice plays the use of sparing minimally invasive techniques. The department annually serves about 4,000 outpatients and more than 1,500 inpatients. The Chief Physician of the department is Prof. Dr. med. Eike Sebastian Debus.

Of particular interest to department's physicians is the treatment of carotid artery stenosis, aortic aneurysms, peripheral arterial occlusive disease, varicose veins, thromboses and vascular malformations. In addition, the scope of competence covers the treatment of chronic wounds and wound healing disorders (within a specialized center), rare diseases, such as compression syndromes or malignant vascular tumors.

The diagnostic and therapeutic options of the department include:

The department specializes in the treatment of the following diseases:

Prof. Dr. med. Eike Sebastian Debus began his medical education at the University of Marburg, and then continued it at the University of Würzburg (Germany), where he received a diploma in General and Vascular Surgery. After his PhD thesis defense and appointment as PD, he focused his activities on vascular surgery. In 2003 he was appointed as the Head of the Department of Surgery at the General Hospital in Hamburg (District Hospital in Hamburg, Germany), before he moved to the University Hospital Hamburg-Eppendorf, where he was appointed as a Full Professor and Head of the Department of Vascular Surgery.