Department of Hematology and Oncology (253035) 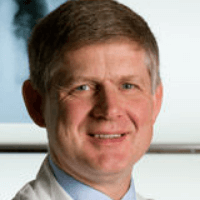 About the Department of Hematology and Oncology at University Hospital Jena

According to the Focus magazine, the Department of Hematology and Oncology at the University Hospital Jena ranks among the top German medical facilities of this kind!

The department offers the full range of diagnostics and treatment of oncological and hematological diseases in adults. To achieve the best result, there is maintained close cooperation with all specialists in the related fields. The interdisciplinary tumor boards serve for a detailed discussion of each clinical case and the development of an optimal treatment strategy. The department has strict quality management system. It is also certified according to DIN EN ISO 9001: 2008. The Chief Physician of the department is Prof. Dr. med. Andreas Hochhaus.

The treatment of patients is provided both on an inpatient and outpatient basis. Of particular interest is the treatment of malignant systemic diseases (for example, leukemias, lymphomas, multiple myeloma, chronic myeloid leukemia, myeloproliferative diseases) and solid tumors (mainly gastrointestinal tumors, respiratory tract tumors and soft tissue tumors (sarcomas)), including autologous and allogeneic stem cell transplantation. The department participates in the national and international research programs for the optimization of malignancy treatment, so the patients have access to the very latest therapeutic developments. In addition, the tasks of the department's doctors include the treatment of benign blood diseases.

The department's doctors prefer an individual approach to each clinical case, they spend a lot of time talking to patients and their relatives in order to establish trusting relationships and provide all kinds of moral support. Also, if necessary, the specially trained psychologists provide qualified psycho-oncological care.

Memberships and Positions in Scientific Societies and Organizations