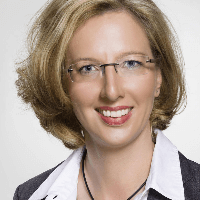 According to the the Focus magazine, the Department of Radiation Therapy and Radiation Oncology at the University Hospital Jena ranks among the top German medical facilities specializing in radiation therapy!

The department offers all types of modern radiation therapy for the treatment of malignant neoplasms of various localization. The availability of the cutting-edge radiation therapy technologies, the close cooperation with the specialists from all related disciplines, as well as the experience and competence of doctors provide patients with the individualized treatment and the best therapy results. The department is also part of the Jena University Cancer Center, which employs outstanding professionals who are ready to provide medical care even in the most difficult clinical cases. The department is headed by Prof. Dr. med. Andrea Wittig.

During the radiation therapy, the same type of radiation is used as in the X-ray machine, but it is 50-100 times more powerful. Due to such a high power, the radiation penetrates into the body and reaches the tumor, while the superficial healthy tissues do not receive a large dose of radiation. Despite the fact that only a small amount of energy reaches the irradiated tissue, it is enough to destroy DNA. Consequently, the irradiated cell dies and cannot give rise to daughter cells. Thus, in the case of irradiation of a sufficient number of cancer cells, the tumor shrinks and may even disappear completely. The radiation therapy is divided into therapeutic and palliative one. Prior to radiation therapy, it is necessarily planned with the help of CT, followed by radiation and the subsequent patient care.