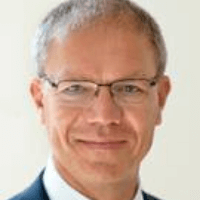 The Department of Radiation Therapy and Radiation Oncology at the University Hospital Saarland specializes in radiation monotherapy and combined radiochemotherapy for malignant tumors. Such treatment can be performed either before or after surgery. It may also include interdisciplinary cooperation with surgeons, therapists, etc. In addition, here are treated benign diseases, for example, of an inflammatory nature. The Chief Physician of the department is Prof. Dr. med. Christian Rübe.

The department offers all radiotherapy methods both on an outpatient and inpatient basis. Inpatient radiochemotherapy and radioimmunotherapy are primarily used to treat tumors of the brain, esophagus, lungs, head and neck, rectum, anus and cervix. All therapeutic methods are applied in accordance with the national and international standards. These techniques are often included in an interdisciplinary treatment regimen, consisting of surgery, radiotherapy and chemotherapy, which is selected individually for each patient within the framework of a special tumor board.

The department is one of the few medical institutions in Germany, which has at its disposal an advanced CT system with the ability to be placed on rails for mobile movement, thus ensuring the optimal position of the patient's radiation with the greatest possible accuracy. Also, the department has at its arsenal 3 new linear accelerators. Therefore, the university department is one of the few Radiation Centers in Germany, where patients can benefit from all capabilities of imaging radiation, including radiosurgery and intensity-modulated radiotherapy.

Features of the department: