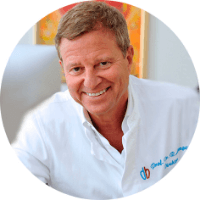 About the Department of Cardiac Surgery at German Heart Center Munich

The Department of Cardiac Surgery at the German Heart Center Munich offers the full range of surgical treatment of cardiovascular diseases. The department is recognized as the leading medical facility specializing in the treatment of acquired heart diseases. The department's surgeons perform about 2,600 cardiac surgeries annually. All the operations are carried out in modern operating rooms, equipped with the advanced equipment and high-precision monitoring systems. Sparing minimally invasive techniques are widely used in clinical practice. Also, some operations are performed without the use of a heart-lung machine. The department is headed by Prof. Dr. med. Rüdiger Lange.

The clinic has many significant achievements. The main ones include the first successful heart transplantation in Germany (May 7, 1981), the development of new methods for preserving heart transplants, the first total endoscopic mitral valve reconstruction using the da Vinci surgical system, the creation of a Homograft Bank for the treatment of heart valve pathologies, the development of new centrifugal pump for assisted blood circulation and many other innovations.

In the field of surgery for acquired heart diseases, there is offered the entire range of surgical interventions on the heart and large blood vessels, ranging from the heart valve reconstruction to myocardial revascularization and surgical reconstruction, for example, interventional stenting of the thoracic aorta, non-invasive treatment of aortic aneurysms, heart transplantation and artificial heart implantation. The department also offers the innovative treatment method for aortic diseases, in particular aneurysms and dissections. Open operations on the aorta are associated with high risks, therefore endovascular stent implantation is a revolutionary method in this field. The department's surgeons have long experience in carrying out such procedures and guarantee a successful treatment outcome.

It should be noted that department's surgeons always prefer minimally invasive operations, since they are not inferior to open surgery in terms of their efficiency, but at the same time they have a number of undeniable advantages. These include early recovery of the patient, minimal pain, minimal blood loss, as well as excellent cosmetic results (especially important for women). The department mostly performs minimally invasive interventions, such as MitraClip, NeoChord, Cardioband and Mitralign (the last two procedures are innovative; they have recently undergone clinical trials and received approval for using in the clinical practice).

Also, the department's specialists are competent in hybrid surgery, which is a combination of classical cardiac surgery and catheter techniques. In emergency cardiac cases, the hybrid procedures allow the doctor to simultaneously diagnose and treat pathology without any delay and without the need for additional high-risk transportations.

Since 1973 till 1979, Prof. Dr. med. Rüdiger Lange studied medicine at the Universities of Bonn and Munich. In 1979, he completed his medical training and passed the 3d state examination at the Ludwig Maximilian University of Munich. October 30, 1979 in Munich, he received a license to practice medicine. In 1980 he received his Doctoral Degree in Bonn, and in 1981 he began his surgical training with Prof. Sebening at the German Heart Center Munich. From 1981 to 1983, he was involved in research activities at Harvard Medical School under the direction of Eugene Braunwald at the Peter Bent Brigham Hospital in Boston, Massachusetts, as well as under the direction of Shukri Khuri, Veterans Affairs Medical Center, West Roxbury, Massachusetts (Scholarship of the German Research Foundation).