Department of Neurology and Epileptology (448352) 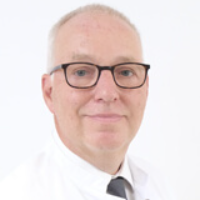 About the Department of Neurology and Epileptology at Marien Hospital Duesseldorf

The Department of Neurology and Epileptology at the Marien Hospital Duesseldorf offers the full range of high-quality services in the field of diagnostics and treatment of pathologies of the central and peripheral nervous system. The department has been operating since 1970, and therefore it has impressive experience and a rich arsenal of effective therapeutic methods. The department has 53 beds for patient hospitalization. With appropriate clinical indications, outpatient treatment can also be provided. The priority fields of work include the treatment of stroke, epilepsy, Parkinson's disease and multiple sclerosis. More than 2,500 patients with various neurological disorders undergo inpatient treatment here every year. In addition, another 2,000 patients undergo outpatient treatment. The pride of the department is modern diagnostic rooms with excellent equipment for neurography, electromyography, electroencephalography, electronystagmography, ultrasound examinations, computed tomography, magnetic resonance imaging and other tests. Doctors make sure that the patient receives effective treatment and feels as comfortable as possible during the entire therapeutic process. The department is headed by Prof. Dr. med. Sebastian Jander.

Stroke therapy is one of the priority tasks of the department's doctors. A stroke is an acute impairment of cerebral circulation, in which the patient experiences a number of symptoms: a sharp headache, vomiting, speech disorders, motor disorders, memory disorders, sensitivity disorders, and others. Pathology causes serious and often irreversible pathological changes, so the department's specialists strongly recommend the patients to undergo regular preventive examinations to assess risk factors for stroke and prevent the disease. Lysis therapy is the main treatment for stroke. The essence of the procedure is to dissolve blood clots with the help of special substances. Lysis therapy should be started within the first 4-5 hours after the onset of the stroke. After this time, the effectiveness of lysis therapy decreases. The department's neurologists also perform mechanical recanalization – a catheter with a stent inserted through the inguinal artery moves to the cerebral vessels to the site of occlusion, after which the doctor passes the stent through this site, restores the normal lumen of the artery and securely fixes the prosthesis at the site of narrowing. Thus, the procedure restores normal blood supply to the brain. The period of time for the procedure is also limited and should not exceed 6 hours from the onset of the first symptoms. After the therapeutic manipulations, the patient remains under the constant monitoring of the doctors of the Stroke Unit. This is followed by a special rehabilitation in a specialized Rehabilitation Center.

The specialists of the medical facility also admit patients with Parkinson's disease, which is considered one of the most common in neurology. As a rule, the disease affects people in adulthood (between ages of 50 and 65), but recently, Parkinson's disease has become more common in younger people. The pathology is characterized by damage to the neurons of the brain and a progressive course. The main symptoms of Parkinson's disease are movement disorders: limited movements, poor motor performance, limb tremor. The above mentioned manifestations of the disease are accompanied by mental disorders, including the deterioration of mental abilities and the development of depressive states. As of today, there are no drugs that could completely cure Parkinson's disease, so the department's doctors use effective drug therapy regimens aimed at relieving symptoms and preventing the progression of the disease. The last-line therapy is deep brain stimulation that involves the implantation of electrodes into the brain to stimulate neurons and destroy pathological neuronal connections (neurosurgical treatment). Therapeutic exercises and massage are widely used as auxiliary methods.

Multiple sclerosis is a frequent diagnosis in the department's clinical practice. This is a chronic autoimmune nervous system lesion that begins at a young age and can lead to severe disability over time. Today, the exact causes of the development of pathology have not been determined, and there are no therapeutic methods for a complete cure. The course of the disease is characterized by alternating remissions and exacerbations, while the period of remission can last for years. The treatment of multiple sclerosis is based on drug therapy with medicines that affect the activity of the immune system and stop the destruction of the processes of nerve cells. Symptomatic treatment is an integral part of the therapeutic process. The specific treatment regimen is prescribed depending on the type of multiple sclerosis, the severity of symptoms and the general condition of the patient. During periods of remission, patients are recommended physiotherapy, therapeutic exercises, massage, intake of vitamins and other types of treatment.

The department's therapeutic options are complemented by the provision of medical care to patients suffering from epilepsy. This neurological pathology is caused by abnormal activity of the brain, which causes the development of recurrent convulsive seizures. Seizures in epilepsy are brief episodes of involuntary movements that affect a part of the body or the whole body. Epilepsy seizures are often accompanied by disorientation, changes in sensation and behavior, loss of consciousness, and short-term amnesia. Should epilepsy be suspected, the department's doctors carry out comprehensive diagnostics, since a single seizure does not yet confirm the presence of this pathology in the patient. If the diagnostic results confirm epilepsy, the specialists develop the optimal treatment regimen. In most cases, patients respond well to drug therapy with antiepileptic drugs. Depending on the particular clinical case, monotherapy is used, or neurologists prescribe several drugs at once. An important condition for achieving a successful treatment result is the continuous use of drugs in the dosage prescribed by the doctor. It is worth noting that the course of drug therapy usually lasts several years. In complex cases, when the effectiveness of drug therapy is not high enough, the possibility of surgical treatment is considered.

The main areas of the department's clinical activity include the diagnostics and treatment of the following neurological disorders:

Prof. Dr. med. Sebastian Jander heads the Department of Neurology and Epileptology at the Marien Hospital Duesseldorf. The specialist has more than 30 years of successful clinical experience. He has excellent professional skills and copes with the treatment of even particularly complex neurological pathologies. The specialist's particular clinical interests include the treatment of stroke, myasthenia gravis, neuromuscular and neuroimmunological disorders. Prof. Sebastian Jander has more than 150 scientific publications in national and international publications. The doctor is a member of the German Medical Association and the German Neurological Society.