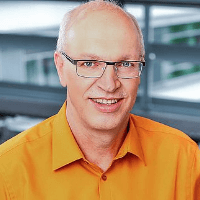 The Department of Pediatric Surgery at the Academic Municipal Hospital Karlsruhe offers all the options of modern medicine for the treatment of surgical diseases in young patients – from the first days of birth to adolescence. Medical care is provided both on an inpatient and outpatient basis. In addition, in urgent clinical cases, children receive surgical care within the Emergency Unit. The quality of medical service at the medical facility is awarded by prestigious German certification Ausgezeichnet für Kinder of the Children's Hospital Association in Germany. The department is headed by Prof. Dr. med. Peter Schmittenbecher.

The ​​priority of the department's doctors includes the surgical treatment of diseases of the abdominal organs, respiratory system, injuries and diseases of the musculoskeletal system, urological pathologies. The spectrum is also complemented by neurosurgical interventions, plastic surgery and operations to remove benign and malignant neoplasms in children. To make an accurate diagnosis, the doctors carry out such examinations as esophageal pH test, anorectal manometry, urodynamic examinations, etc. To achieve optimal treatment results, the innovative surgical techniques are widely used. These include minimally invasive interventions, endoscopic procedures and laser therapy.

Within the Surgical Emergency Unit, the department annually treats about 15,000 patients, including 2,000 cases of injuries in kindergarten or at school.

The department provides top-class consulting services to more than 12,000 outpatients and 2,500 inpatients. The department's pediatric surgeons carry out more than 2,500 surgical interventions annually.

Membership in Committees and Commissions