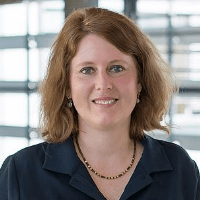 About the Department of Radiation Therapy at Municipal Hospital Karlsruhe

The Department of Radiation Therapy at the Municipal Hospital Karlsruhe offers all modern types of radiation therapy for the treatment of oncological and benign pathologies. With an innovative technical base, the department performs intensity-modulated radiation therapy (IMRT), volumetric modulated arc therapy (VMAT), stereotaxy/radiosurgery, brachytherapy, combined chemoradiotherapy and radioimmunotherapy. Computer technology of the latest generation allows the doctors to carry out the treatment as accurately as possible, as well as to monitor and document the results obtained. The treatment regimen is planned in interdisciplinary collaboration with doctors from other medical specialties, taking into account the patient's individual needs and wishes. Whenever required, the experts from the University Hospital Heidelberg and the University Hospital Mannheim are engaged in the therapeutic process. The department has 29 beds for the accommodation of its patients. The department admits more than 700 inpatients and about 1,700 outpatients annually. The department is headed by Prof. Dr. med. Katja Lindel.

When a patient is admitted to the department, radiation therapists study his medical history and the results of previous examinations, if necessary, prescribing additional diagnostic procedures. After the doctor’s decision on the need for radiation therapy, the planning of the first procedure begins. Planning is carried out with the help of cutting-edge computed tomography. A radiation therapist sets the desired target volume of radiation in each slice, after which a 3D computer system is used to determine the most favorable location of the radiation fields. The therapy is followed by regular consultations to monitor the treatment outcomes.

The department's specialists also successfully carry out contact irradiation – brachytherapy. This method of irradiation is highly accurate and involves the introduction of a radiation source directly into the oncological focus. Brachytherapy allows the doctor to target the tumor without damaging healthy adjacent tissues, which is its main advantage. The department provides all modern types of brachytherapy: intracavitary, intraluminal and interstitial. Depending on the particular type of cancer and the goals of treatment, the department's doctors may prescribe temporary or permanent brachytherapy. In the first case, the radiation source is placed in the neoplasm tissue for a certain period of time. Permanent brachytherapy involves the implantation of special radioactive "seeds" into the oncological focus, which remain there forever. Brachytherapy is most commonly used for prostate cancer treatment. The therapeutic procedure also gives good results for cervical, esophageal, rectal cancers, etc.

The medical facility also provides stereotactic radiosurgery. Despite its name, this therapeutic manipulation does not imply any invasive measures. The essence of radiosurgery is a single irradiation of the oncological focus with a high dose of ionizing radiation. In most cases, stereotactic radiosurgery is indicated for patients with brain tumors. Such treatment is also carried out for hard-to-reach tumors of other localizations, as an alternative to a surgical intervention.

The department specializes in radiation therapy for the treatment of the following diseases: