Department of Plastic and Aesthetic Surgery

Department of Plastic and Aesthetic Surgery (335735) 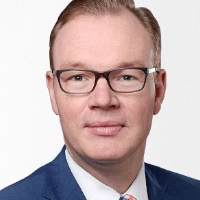 Specialized in: plastic and aesthetic surgery

The Department of Plastic and Aesthetic Surgery at the ATOS Clinic Munich offers the full range of services in the relevant medical fields. There are also offered non-surgical anti-aging procedures: facelift, eyelid surgery, wrinkle treatment by injecting the patient's own fat, Fillers, etc.. The department is headed by Dr. med. habil. Andreas Dacho.

The doctors of the department jointly developed innovative treatment methods in the field of blepharoplasty, rhinoplasty and abdominoplasty. All these innovations have won international recognition. Since 2013 until 2017, the specialists have been regularly included in the FOCUS magazine rating of top German doctors in the field of rhinoplasty, blepharoplasty, face lifting and breast surgery.

Thanks to its excellent infrastructure and the high professionalism of the medical team, the Department of Plastic and Aesthetic Surgery provides first-class, round-the-clock medical care.

The department performs  many surgical interventions of any complexity. There is a 3D Vectra XT (modelling system), which is used, for example, before breast augmentation and reduction, breast lift, which ensures flawless results, since the patient can see the result in the three-dimensional image before the operation. When performing breast augmentation, doctors use only the highest quality implants from well-known manufacturers.

Also, the department offers eyelid surgery (blepharoplasty). Eyelid surgery can remove annoying impending eyelids, bags under the eyes or dark circles.  After the intervention, the patient looks much younger. These interventions are performed on an outpatient basis under local anesthesia. The chief physicians of the department are the developers of the innovative surgical eyelid correction technique, in which the fat tissue is preserved. Unlike the traditional method, which requires the removal of adipose tissue, this procedure prevents development of hollow eyes. All subtleties and issues of interest to the patient are discussed during individual consultations.

With age, people usually develop more or less pronounced wrinkles, which can greatly change the facial expression. The department offers a facelift that will help the patient look at least 10 years younger. Facelift is carried out on an inpatient basis.

The main focuses of the department include:

PD Dr. med. Andreas Dacho is one of six doctors in Germany who are dual specialists in Plastic and Aesthetic Surgery as well as in Ear, Nose and Throat Medicine. Thus, by combining competences of both surgical specialties, he is able to create an optimal treatment concept for you.

His experiences in the fields of Otolaryngology and Plastic and Aesthetic Surgery are closely interlinked and fertilized.