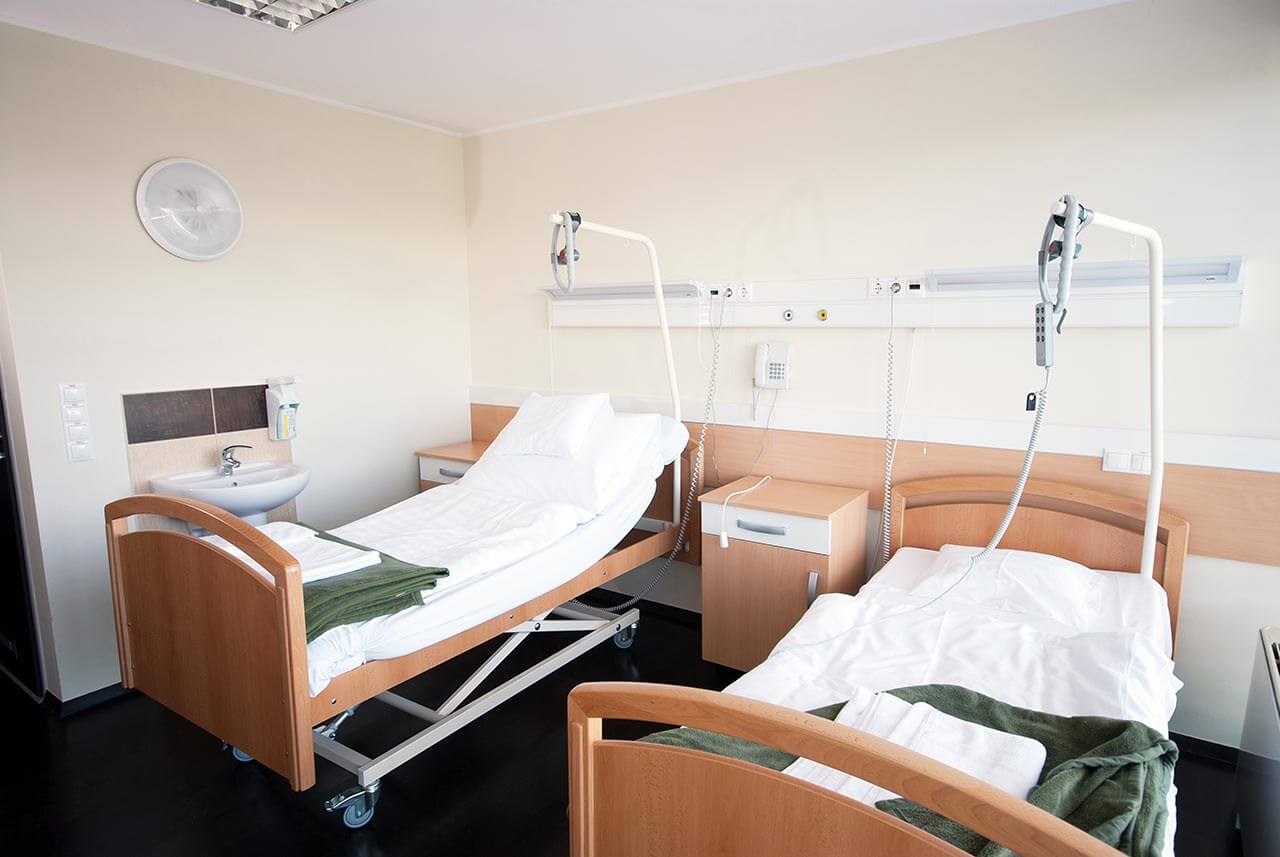 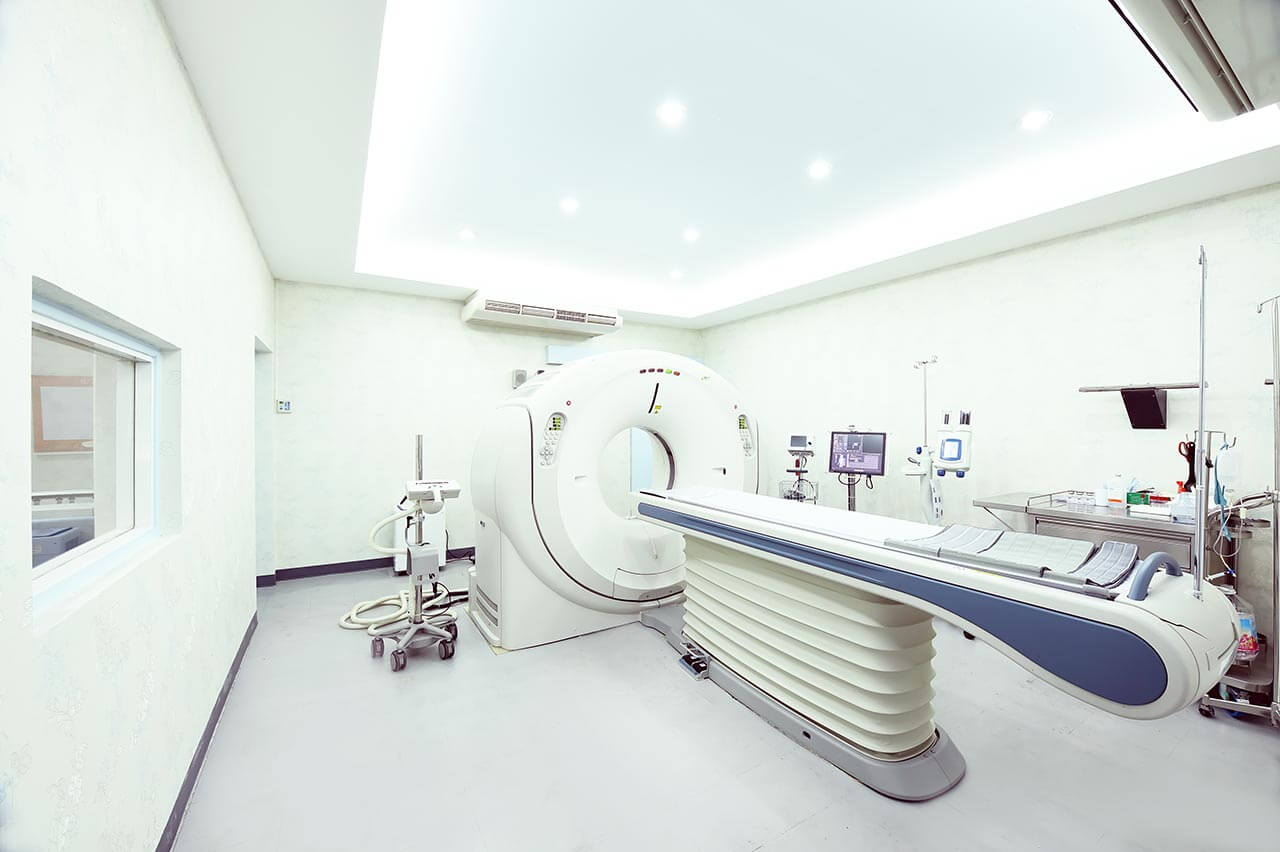 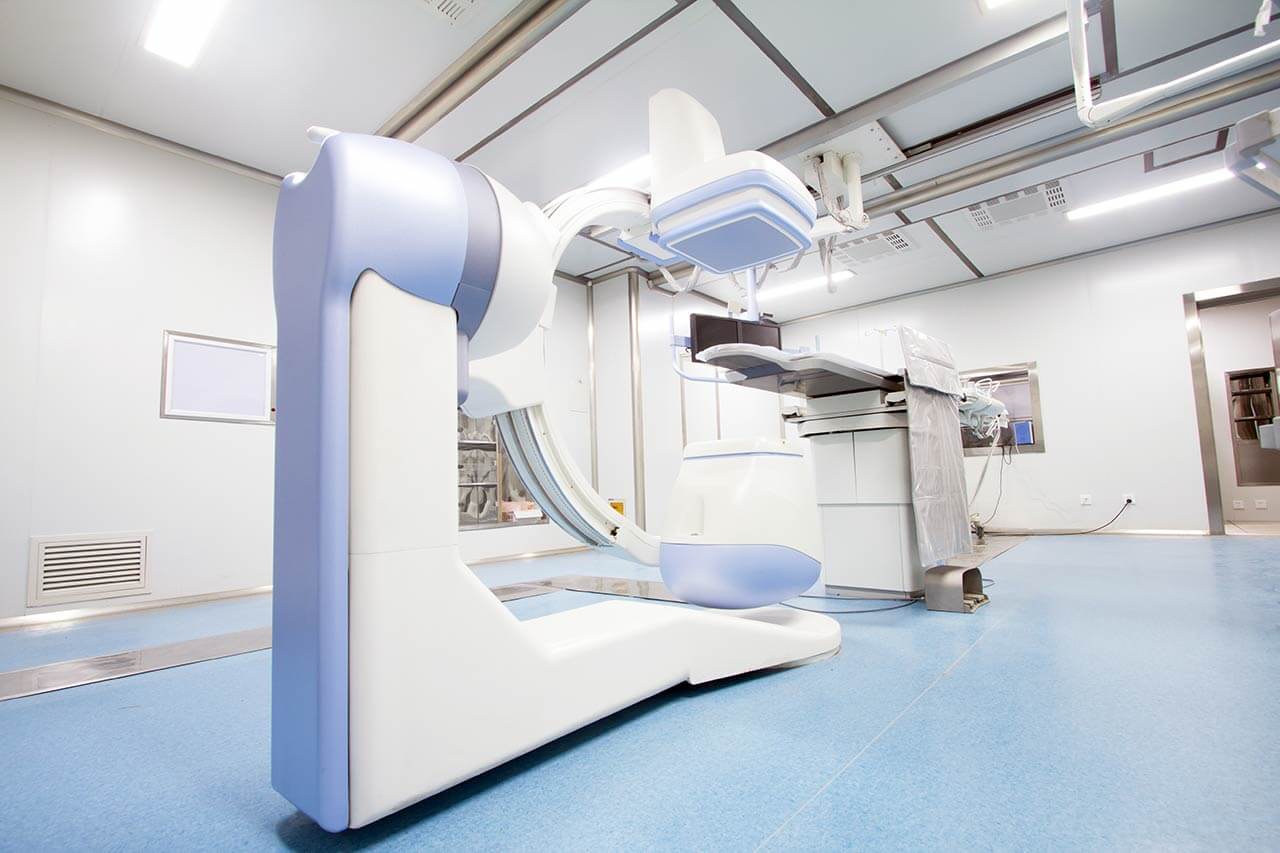 The Gamma Knife and Radiotherapy Center Krefeld is an advanced medical complex, which specializes in stereotactic radiosurgery and stereotactic radiation therapy for tumors and metastases. The center has at its disposal two cutting-edge irradiation devices – the Perfexion Gamma Knife and the Axesse Linear Accelerator, which help provide a high-precision and maximally sparing stereotactic radiosurgery and radiation therapy. Since the opening of the center in 1998, a qualified team of its specialists has provided an effective medical care to more than 7,000 patients.

The center’s Leksell Gamma Knife Perfexion (the most modern model of the Gamma Knife), which has been available here since 2009, is the most advanced device in the world for the radiosurgical treatment of tumors and vascular anomalies in the head and neck. This Gamma Knife model is improved with regard to the power and accuracy of radiation, dosage and uniformity of dose distribution within the tumor, the duration of treatment and the comfort of the procedure, which makes the treatment even more effective. The equipment occupies a separate building of the center, since it weighs more than 18 tons and requires special qualification of the specialists working with it.

To perform stereotactic radiotherapy, the center uses Axesse Linear Accelerator. Axesse is a robotic system that, unlike the Gamma Knife, is effectively used in the treatment of metastases not only in the brain, but also in the liver, lungs, spine and prostate. Axesse is an open device with a minimal noise level during the procedure, which provides patients with extra comfort.

The peculiarity of this center lies in the innovative technologies of targeted radiotherapy, thanks to which healthy tissues can be completely removed from the radiation zone. At the same time, tumors and their metastases can be removed with an accuracy of up to 0,3 mm, which makes it possible to consider radiation therapy a "gold standard" and a completely independent treatment method for oncological diseases.

Since its foundation, the center has implemented a quality management system, which was further confirmed by the ISO 9001 international certificate received in 2001. Therefore, the health facility is the first and one of the few centers in the world, in which the quality management system covers not only the quality of services, but also the entire treatment process, including monitoring of its results and subsequent follow-up care.

The patient rooms of the Gamma Knife and Radiotherapy Center Krefeld are equipped with everything necessary for a comfortable stay in the center. The patient rooms are equipped with a shower, a bathroom, functional beds with an orthopedic mattress, thanks to which the patient can relieve tension from the entire body during sleep. Also, each patient room has a locker for personal belongings and valuables, bedside cabinets with a pull-out table, TV and the possibility of connecting PC, smartphone or tablet to the Internet.

The enhanced comfort rooms are equipped with a safe, a fridge and upholstered furniture.

The religious services can be provided upon request.

During the inpatient program, an accompanying person may stay with you in the patient room or at a hotel. Our managers will help you choose the most suitable option of a hotel.

During the outpatient program, the patient may stay at the hotel for your choice. Our managers will help you choose the most suitable option.

Krefeld is an ancient city with a long history, located in North Rhine-Westphalia, near Duesseldorf. Krefeld has well developed textile industry, thanks to which the city is known throughout Germany and abroad.

The city offers its guests many interesting sights. The first place among them is rightfully occupied by the Art Museum. It amazes tourists from all over the world with its beautiful collections. The museum is divided into three parts, each of which is located in a separate building. The exhibits are represented in the Houses of Lange and Ester, as well as in the Kaiser Wilhelm Museum. The museum building is decorated with a bronze sculpture of the Winged Genius of the Arts.

The tourists often call Krefeld the aggregate of three cities. The reason is that three different epochs are interwoven here. Krefeld has three districts, the style of which is significantly different. There are districts in the Classicism style. The district that houses the Linn Castle (Burg Linn) has the Medieval style, whereas the Jürdinger Square represents the Baroque style. Krefeld houses many Romanesque and Gothic churches. They are located in the Fischeln district and are in stark contrast to the large country houses, rich villas of the Bokum district, as well as to the rustically lovely and quite cozy Hüls district. Once these were separate villages, located near Krefeld, but eventually they have become part of it. Despite this, each district still maintains its unique style.

Krefeld offers tourists a lot of entertainments. Here one can have a ride on an old Schluff steam locomotive, visit a racetrack or a zoo. For those who prefer active recreation, the city has Elfrater See (sports park). Those tourists who are fond of history will not be bored as well. They can visit the Linn Castle, the Hunting Lodge and the Museum with the rich ethnographic collection.

Krefeld offers tourists parks, shops, public gardens, ponds and sports grounds. In this city one can relax, enjoy nature or do sports. For travelling around the city one can use public transport or a bicycle. Bike paths are available everywhere. In Krefeld, motorists are very attentive to cyclists, so it is safe to travel around the city.

Krefeld is ready to surprise even the most fastidious tourist.