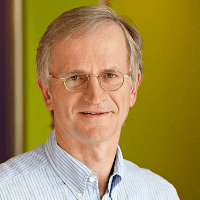 Founded in 1998, the center enjoys an excellent reputation both in professional circles and among patients from all over the world. Since its opening, more than 3,500 outpatient and inpatient stereotactic radiosurgical operations with the Gamma Knife and more than 7,000 successful stereotactic radiation therapy courses have been performed here.

Due to the high accuracy and effectiveness of the intervention, the Gamma Knife method is recognized as the "gold standard" of modern surgery. A single procedure, which is usually outpatient, without hospitalization, is enough to provide effective treatment. The procedure is preceded by either tomography (CT, NMR) or angiography to precisely determined the area to be exposed, after which an individual radiation plan is created with the help of a specialized computer system for radiation planning. To do this, during the tomography or angiography, a special "stereotaxic frame" with a coordinate system is additionally used – this allows to fix the location of the tumor or metastases with the best possible accuracy. The obtained coordinates are carefully observed during the Gamma Knife radiation, which eliminates errors when directing the beam. For more precise development of the radiation plan, in particular, when working with the Axesse Linear Accelerator, doctors can form 3D and 4D images of the necessary parts of the body, which is another unique feature of stereotactic radiosurgery and stereotactic radiotherapy offered in the center.

The most important peculiarity of this center lies in the innovative technologies of targeted radiotherapy, thanks to which healthy tissues can be completely removed from the radiation zone. At the same time, tumors and their metastases can be removed with an accuracy of up to 0,3 mm, which makes it possible to consider radiation therapy the "gold standard" and the completely independent treatment method for oncological diseases.

The Perfexion Gamma Knife and Axesse Linear Accelerator, which are used in the center, provide patients with a number of advantages over conventional surgical procedures for the removal of tumors and metastases:

The center employs highly qualified surgeons, radiologists and a caring medical staff, who always response a patient and take into account their wishes.

In addition, the center is the only medical facility in the world with the quality management of the entire medical treatment process, including its results.

The service range of the center includes the treatment of the following diseases: