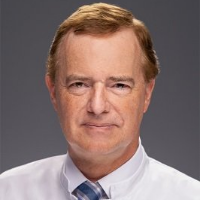 The Department of Adult and Pediatric Interventional Neuroradiology at the Hannover Medical School offers the full range of minimally invasive image-guided therapeutic procedures for the treatment of disorders of the nervous system in patients of all age groups. Prior to performing any medical manipulations, the patient undergoes a thorough imaging examination using advanced computer equipment, including ultrasound, CT and MRI. An important field of the department's ​​competence is minimally invasive treatment of acute stroke using thrombectomy. The department's neuroradiologists cooperate closely with the specialists in the field of neurology, neurosurgery, otolaryngology, oral and maxillofacial surgery, which guarantees comprehensive medical care. Thanks to the advanced technical base, the department's specialists perform minimally invasive treatment of brain diseases, in particular, cerebrovascular pathologies, head and neck tumors, as well as degenerative and vascular lesions of the spine and spinal cord. In their clinical practice, the department's doctors are guided by the current recommendations of the Germany Society of Neuroradiology and the German Association of Neuroradiologists. The Chief Physician of the department is Prof. Dr. med. Heinrich Lanfermann.

One of the most popular diagnostic methods in the department is catheter-based angiography, which allows the doctors to assess the state of the vessels of the brain and spinal cord. Ultrasound, CT and MRI scanning can also be used for this purpose, but they do not always provide the necessary information. Catheter-based angiography and most vascular interventions are performed using endovascular techniques – through the inguinal artery. Diagnostic angiography is usually performed under local anesthesia and vascular interventions under general anesthesia. Sequential high-resolution images allow the specialist to make an accurate diagnosis, even in particularly complex clinical cases. The information obtained during catheter-based angiography plays a decisive role in the diagnostics of cerebrovascular malformations and tumors with active blood flow. When detecting vascular pathologies, the doctors use optimal endovascular techniques for the treatment. For example, many patients come to the department with neck and head stenosis, which, if untreated, significantly impairs the quality of life and can even lead to death. In case of stenosis of extracranial and intracranial vessels, the specialists of the medical facility successfully implant vascular stents under image guidance. Endovascular stent implantation allows the patient to completely get rid of the stenosis, but at the same time avoid major surgery associated with high health risks.

The diagnostics and treatment of stroke are carried out in the department around the clock, with the participation of a specially trained team of experts. Neuroradiologists of the medical facility also specialize in the treatment of cerebral aneurysms. In particular, a neuroradiological intervention with the use of miniature vascular implants is a sparing treatment method for this pathology. The department's doctors can also boast of special competence in the treatment of arteriovenous malformations, including complex dural vascular formations (transarterial and transvenous therapy). The department's specialists often have to deal with interventional treatment of back pain. After identifying the cause of the pain syndrome using computed tomography (CT), the attending physician injects anesthetics under image guidance, which act directly on the affected area of ​​the spine, effectively relieving the patient of back pain.

The department employs a specially trained team of pediatric neuroradiologists. The main method of imaging diagnostics of pathologies of the nervous system in children is magnetic resonance imaging (MRI). In addition to classical MRI, the department conducts special tests, such as MR spectroscopy, high-resolution imaging of the inner ear, measurement of quantitative indicators of CSF flow, etc. The department annually performs more than 1,000 MRI scans in children. In most cases, such an examination is required to diagnose developmental disorders and metabolic disorders of the nervous system, inflammatory or oncological diseases of the nervous system, recurrent headaches, epileptic syndromes and pathologies of the cerebrospinal fluid circulation. In addition, MRI is performed for spinal diseases.