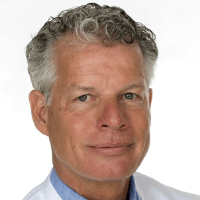 About the Department of Endoprosthetics, Revision and Septic Joint Surgery at Helios ENDO-Clinic Hamburg

The Department of of Endoprosthetics, Revision and Septic Joint Surgery at the Helios ENDO-Clinic Hamburg offers the full range of services in these medical fields. The department's surgeons perform about 8,200 joint surgical procedures every year, therefore they have vast experience, which allows them to achieve excellent treatment results. The department is an international leader in joint replacement surgery. In addition, the department's competence includes revision surgery to replace artificial joints in the case of their damage, displacement or tear and wear, as well as septic interventions for the treatment of joint infections. The surgical treatment of joints is carried out with the help of the most advanced and most effective techniques, as sparing as possible. The department is headed by Prof. Dr. med. Thorsten Gehrke.

The department specializes in endoprosthetics of all joints (hip, knee, shoulder, elbow, ankle). The department's surgeons perform interventions in cutting-edge operating rooms equipped with all the technical innovations to ensure the most effective and at the same time safe treatment. In clinical practice, only high-quality prostheses are used, which are distinguished by their long-term period of service (from 15 to 20 years). With appropriate indications, sparing minimally invasive interventions are performed.

In order to consolidate the successful surgical treatment, the correct postoperative recovery is required. For this purpose, the department applies the FastTrack concept, which minimizes postoperative pain, ensures the rapid restoration of the patient mobility and significantly shortens the period of hospitalization. The patient takes the first steps already on the day of surgery, and one day later he is ready to perform a certain set of physiotherapy exercises. In the normal course of the postoperative period and in the absence of complications, the patient will be discharged or referred for rehabilitation on the fifth day after the operation. It should be noted that such a scheme is suitable only for 80% of patients. It all depends on the specific clinical case. The decisive factors are the age, general health of the patient and the presence of comorbidities.

A big advantage for patients is also the availability of the in-house Bone Bank in the department. Thus, the bone tissue that was lost or damaged during prosthetic replacement operations may be restored at any time. This bank has been operating for more than 35 years and provides patients with access to allogeneic (donor) transplants. The Bone Bank was designed and still functions in accordance with the recommendations of the Scientific Advisory Board of the German Medical Association for the Management of Bone Banks and the Medicinal Products Act.