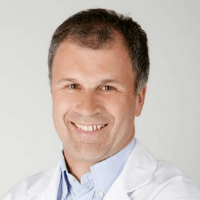 About the Department of Gastroenterology at Hirslanden Clinic St. Anna Lucerne

The Department of Gastroenterology at the Hirslanden Clinic St. Anna Lucerne offers the full range of diagnostic and therapeutic services for patients with diseases of the gastrointestinal tract. The Chief Physician of the department is PD Dr. med. Stephan Wildi.

The treatment is provided both on an outpatient and inpatient basis. The clinical practice is based on the use of high-tech medical equipment for the timely detection of gastrointestinal pathologies, as well as the use of the very latest treatment methods to effectively eliminate them. Great importance is attached to the interdisciplinary cooperation with the doctors of related specialties, such as surgeons, oncologists, infectologists, radiologists, etc.

One of the department’s priorities of competence is endoscopic ultrasound scanning (EUS) – endosonography. This study is quite complex from a technical point of view and has a high diagnostic value. The procedure allows to visually assess the wall of the gastrointestinal tract. If necessary, tissue sampling (biopsy) can also be performed during the study, for example, in case of detected mediastinal lymphoma or pancreatic tumors.

In addition to endoscopic diagnostics, the doctors of the department specialize in interventional endoscopic therapy. The range of services in this field covers the removal of intestinal polyps, the installation of stents for stenosis of various parts of the gastrointestinal tract, the removal of stones from the bile ducts, the drainage of the bile ducts and other therapeutic procedures.

The main areas of the department’s clinical practice include: