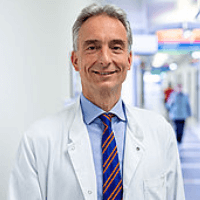 About the Department of Gynecology, Gynecologic Oncology, Urogynecology, Mammology and Obstetrics at Hospital Kassel

The Department of Gynecology, Gynecologic Oncology, Urogynecology, Mammology and Obstetrics at the Hospital Kassel offers professional medical care to patients with any diseases of the female reproductive system. The department's ​​competence also includes the diagnostics and treatment of breast diseases in women. Of particular interest is the treatment of breast cancer, which is provided  within the specialized center certified by the German Cancer Society and the German Society of Senology. The department has the status of the Level I Perinatal Center. The highly qualified team of obstetricians takes care of pregnancy monitoring, ensures safe delivery and high-quality postnatal care for both mother and baby. The focus of gynecologists is on women with gynecologic cancer. The department specializes in both conservative and surgical treatment. The surgical interventions are performed in excellently equipped operating rooms with state-of-the-art instruments and technical equipment for sparing minimally invasive operations. They are the gold standard of modern surgery. The department is headed by Prof. Dr. med. Thomas Dimpfl.

The primary focus of the department's gynecologists is the provision of effective medical care to patients with cancer of the female reproductive system – uterine cancer and cervical cancer, ovarian cancer, endometrial cancer, vaginal cancer and vulvar cancer (cancer of the external genitalia). Since the early detection of the above mentioned pathologies significantly increases the chances of a successful treatment outcome, the gynecologists use state-of-the-art imaging equipment, which makes it possible to detect the slightest changes in the structure of the female reproductive organs, including before the manifestation of any symptoms. The instrumental diagnostics is necessarily supplemented by the required set of laboratory tests. In addition, the department's medical team carries out invasive diagnostic procedures, for example, hysteroscopy for the examination of the uterine cavity, diagnostic curettage of the uterus, etc. With all the diagnostic data obtained, the attending physician holds a consultation for the patient, during which he tells the exact diagnosis and suggests possible treatment options. Cancer is a highly complex disease, and therefore requires an interdisciplinary approach. The department regularly holds tumor boards with the participation of doctors from related disciplines, who cooperatively think over the optimal treatment tactics for a complete cure of oncology or achievement of long-term remission, depending on the complexity of the clinical case and the stage of cancer. The treatment of gynecologic cancer is based on surgery to remove the tumor. Whenever possible, the operation is performed using minimally invasive techniques, which exclude the opening of the anterior abdominal wall, which in turn prevents the development of adhesions after the operation. Such surgical procedures not only significantly reduce the postoperative recovery period, but also guarantee an excellent aesthetic result, since they leave almost no scars. The surgical treatment is complemented by conservative methods, such as chemotherapy, radiation therapy, immunotherapy, hormonal therapy. If required, the patients are also provided with psychological care, since a diagnosis of cancer usually causes a strong emotional shock in a person.

The main focus in the field of general gynecology is on the treatment of uterine fibroids, cervical dysplasia, endometriosis, ovarian cysts and chronic lower abdominal pain of unknown origin. With appropriate clinical indications, the department's gynecologists use only drug therapy. If, after the assessment of the clinical case, the specialists come to the conclusion that it is advisable to carry out surgical treatment, the patient is appointed a surgical procedure. The department performs operations to treat benign diseases of the female genitalia using minimally invasive techniques, which allow the doctors to remove the tissues affected by the pathological process without harming neighboring healthy anatomical structures.

The treatment of breast diseases is also the responsibility of the department's medical team. The mammologists most often admit patients with breast cancer. To provide comprehensive breast diagnostics, the department uses ultrasound scanning, digital mammography, magnetic resonance imaging, biopsy with further histological examination of the obtained tissue sample. In the case of detection of a malignant breast tumor, an individual treatment regimen is developed for the patient. The first line treatment is a surgical resection of the tumor. When choosing a surgical technique, the department's specialists give preference to breast-conserving surgery – the doctors manage to perform breast-conserving surgery in more than 85% of women. In especially complex cases, total mastectomy is still required, but in such cases women are offered to additionally undergo plastic reconstructive surgery in order to restore the aesthetics of the breast. Breast cancer surgery is complemented by such conservative techniques as chemotherapy, radiation therapy, including intraoperative radiation therapy, antibody therapy and hormone therapy. The department's doctors deal with the treatment of breast malignancies almost every day, and therefore they have unique qualifications in their field of ​​expertise and provide high-quality treatment even in the most complex cases.

The specialists in the field of urogynecology provide effective treatment of urinary incontinence and pelvic organ prolapse in women. The diagnostics of urinary incontinence is based on the study of the patient's medical history, clinical examination, laboratory tests, ultrasound scanning, urodynamic diagnostics and cystoscopy. At the initial stages of urinary incontinence, conservative methods are sufficient to restore the normal functioning of the bladder, for example, drug therapy, regular workouts using a special set of exercises to strengthen the muscles of the pelvic floor, biofeedback, electrical stimulation. Only when the conservative treatment fails to be effective, the department's specialists resort to surgery. One of the most effective operations for urinary incontinence is a TVT sling procedure. The department's gynecologists have extensive experience in this intervention, and therefore they guarantee an excellent result.

The department's therapeutic options are complemented by high-quality obstetric services. More than 2,400 babies are born in the department's birthing rooms every year. The expectant mother is provided with regular screening to assess the course of pregnancy and the development of the fetus in the womb. If desired, the future parents can attend special preparatory courses for newborn care. The childbirth takes place in modern birthing rooms equipped with everything necessary for a safe delivery. To relieve pain during labor, the obstetricians use various relaxation techniques, epidural anesthesia, homeopathy, acupuncture, aromatherapy, etc.

The range of the department's diagnostic and therapeutic services includes:

Prof. Dr. med. Thomas Dimpfl heads the Department of Gynecology, Gynecologic Oncology, Urogynecology, Mammology and Obstetrics at the Hospital Kassel. The specialist received his doctoral degree at the Faculty of Medicine of the Ludwig Maximilian University of Munich. In 1988, he completed a four-month internship in the Department of Abdominal Surgery at the Central Middlesex Hospital in London. In 1989, Dr. Thomas Dimpfl passed his state exam in medicine. This was followed by an internship in the Department of Gynecology at the University Hospital of Ludwig Maximilian University of Munich. In 1990, Dr. Thomas Dimpfl defended his doctoral thesis with honors on "Stress urinary incontinence in pregnant women and after childbirth: clinical and urodynamic examinations".

In 1998, Dr. Thomas Dimpfl had his fellowship in the Section for Urogynecology at the Brigham and Women's Hospital, Harvard Medical School in Boston. In 1999, the specialist had additional training in Surgical Gynecology. The same year he had his habilitation and PD title. In 2000, Dr. Thomas Dimpfl had training in healthcare quality management at the Bavarian State Medical Association. In 2001, the professor was appointed as the Chief Physician of the Department of Gynecology, Gynecologic Oncology, Urogynecology, Mammology and Obstetrics at the Hospital Kassel. In 2003, he underwent additional training at the Philipps-University Marburg, where in 2005 he received the title of Professor. At the same time, he had optional training in Obstetrics and Perinatal Medicine. In 2006, Prof. Thomas Dimpfl received his qualification in Gynecologic Oncology, which is of particular clinical interest to him. In 2006, he was elected the First Chairman of the Middle Rhine Society of Gynecology and Obstetrics (MGGG) and the First Chairman of the Working Group on Urogynecology and Plastic Pelvic Floor Reconstruction (AGUB) of the German Society for Gynecology and Obstetrics. In 2007, the doctor was also elected Chairman of the Working Group of Chief Physicians of the Departments of Gynecology at the hospitals of the Federal State of Hesse, and in 2012 he became President of the German Society for Gynecology and Obstetrics (DGGG). 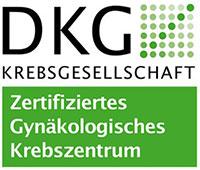