Department of Adult and Pediatric Neurosurgery (687812) 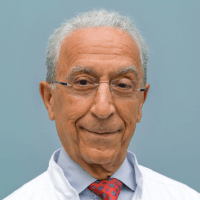 The Department of Adult and Pediatric Neurosurgery at the International Neuroscience Institute Hannover performs the full range of surgical interventions to treat diseases of the brain and spinal cord, peripheral nervous system. The department admits both adults and children. The specially trained team of pediatric neurosurgeons takes care of the health of young patients. The key attention in clinical practice is paid to the surgical treatment of oncological diseases of the nervous system, including tumors of the brain, spinal canal, skull base and pituitary gland. The surgical treatment of epilepsy in adults and children, operations for aneurysms and vascular malformations are also among the priority areas of work of the department's neurosurgeons. The interventions are performed in high-tech operating rooms, in compliance with all standards of hygiene and safety. Most surgical procedures are carefully planned using computed tomography and brain mapping systems, which excludes damage to functionally important anatomical structures. Whenever possible, the preference is given to sparing surgical techniques, with surgical access through one or more small incisions. The Chief Physician of the department is Prof. Dr. med. Dr. h. c. Madjid Samii.

Neurosurgical procedure is the last-line of treatment, and therefore the department's specialists jointly with neurologists and neuroradiologists individually consider the patient's clinical case prior to surgery. Only if all conservative methods are ineffective, the doctors make a choice in favor of surgery. Successful surgical interventions on the brain or spinal cord are possible only with advanced medical equipment. Thus, the department's operating rooms are equipped with state-of-the-art surgical microscopes, neuronavigation and intraoperative systems, thanks to which neurosurgeons can perform the most accurate manipulations without any risks to the patient's health. It should be noted that the department ranks among the leading Neurosurgery Centers in Germany and throughout Europe. The team of neurosurgeons aims to not only cure the patient from pathology, but also preserve the functions of the nervous system, thereby providing the patient with a decent quality of life.

The surgical treatment of brain and spinal cord tumors is of particular interest to the department's team of doctors. Should the patient be diagnosed with cancer, neurosurgeons jointly with oncologists, radiologists, chemotherapists and other specialists develop a step-by-step treatment regimen. As a rule, tumor resection surgery becomes the basis of therapy. An innovative method of stereotactic radiosurgery is often used as well. The essence of the technique is the targeted destruction of tumor cells and metastases by X-rays. The procedure is highly effective and eliminates damage to vital structures and healthy brain tissue. Many surgical procedures to resect brain and spinal cord tumors are minimally invasive, which facilitates rapid postoperative recovery.

The department's neurosurgeons are proud of their outstanding success in the treatment of cerebrovascular diseases. The specialists are focused on the patients with brain aneurysms, arteriovenous malformations of the brain and spinal cord, dural arteriovenous fistulas, carotid stenosis and intracranial vascular stenosis. When treating the above pathologies, the department's neurosurgeons mostly use minimally invasive and endovascular techniques.

The surgical options of the department include:

Prof. Dr. med. Dr. h. c. Madjid Samii is the President and Founder of the International Neuroscience Institute Hannover. He also heads the Department of Adult and Pediatric Neurosurgery at the same medical facility.

From April 1965, Prof. Madjid Samii held the position of Research Fellow in the Department of Neurosurgery at the University Hospital Mainz. In 1970, the doctor had his board certification in Neurosurgery, after which he was appointed as Managing Senior Physician and as the Deputy Head of the department. In the same year, the specialist had his habilitation procedure in the field of Neurosurgery and, one year later, was appointed as Extraordinary Professor. At that time, he was responsible for the organization and conduction of the annual courses in microsurgery (until 1977).

In 1974, Prof. Samii was appointed as Academic Advisor and Professor with permanent civil service (for life). Since 1997, he has headed the Department of Neurosurgery at the Nordstadt Hospital in Hanover. In 1979, the doctor took over the organization and conduction of the annual courses on skull base surgery. In 1982, he became a Visiting Professor in the Faculty of Medicine at Harvard University in Boston. In 1983, he headed the organization and conduction of the first World Conference on Medical Telecommunications, which was attended by physicians from all over the world.

In 1986, Dr. Madjid Samii headed the Department of Neurosurgery at Leiden University in the Netherlands. From 1986 to 1988, he worked as President of the Research Group on Skull Base Surgery of the International Skull Base Society. In addition, in September 1987, Prof. Samii gave a lecture for which he was awarded the Nobel Prize at the Karolinska Institute in Stockholm, Sweden. At the end of 1987, the neurosurgeon accepted an invitation to hold the position in the Department of Neurosurgery at the University of Mainz. The next year he held the position in the Department of Neurosurgery at the Hanover Medical School. In 1988, the doctor was also awarded the Lower Saxony State Prize for his contribution to science. He was also awarded the Order of Merit of the Federal Republic of Germany for his achievements in scientific research and their practical application in neurosurgery. In the same year, Dr. Samii was appointed as Honorary Professor of the Faculty of Medicine at the Military Academy in Beijing, China. He also became Professor at the University of Toronto, Canada, and Vice President of the International Skull Base Society. In 1989, Prof. Samii held the position of the President of the German Society of Plastic, Reconstructive and Aesthetic Surgeons. In addition, he was appointed as Visiting Professor at the Faculty of Medicine at the University of California (Lifetime), Los Angeles, USA.

In 1994, Prof. Madjid Samii became Honorary Citizen of the city of Rosario, Argentina, and was also awarded the title of Dr. h.c. of the Pontifical Catholic University of Rio Grande do Sul, Porto Alegre, Brazil. In addition, Madjid Samii was the Board Member of Expo 2000 exhibition in Hannover in 1995. The next year, he was elected as the First Chairman of the German Society of Neurosurgery. Since 1996, the Professor has held the position of Chief Physician of the Department of Neurosurgery at the Hanover Medical School and the Nordstadt Hospital in Hanover.

In July 1997, Dr. Madjid Samii became the President of the World Federation of Neurosurgical Societies until 2001. In June 1998, the neurosurgeon was awarded the "Aristotle Gold Medal" by the Aristotle University of Thessaloniki.

In April 2000, the doctor was appointed as Honorary Professor for Neurosurgery at the University of Florida in Gainesville, USA. In 2000, he became Medical Director of the International Neuroscience Institute Hannover and was awarded the Rudolf Frey Award for excellent work in pain management. In 2001, Prof. Samii was appointed as Honorary President of the German Society for Computer- and Robot-Assisted Surgery (CURAC) and Honorary President of the World Federation of Neurosurgical Societies.

In 2003, the specialist received a special award – "Visiting Professor of the Royal College of Physicians and Surgeons of Canada with a grant of 10,000 USD". For the first time since 1960, this award has been given to a neurosurgeon from Germany and other countries of the world.