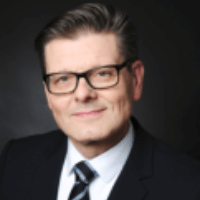 About the Department of Plastic, Aesthetic and Reconstructive Surgery at International Neuroscience Institute Hannover

The Department of Plastic, Aesthetic and Reconstructive Surgery at the International Neuroscience Institute Hannover offers the full range of modern interventions in the fields of its competence. The highly qualified team of the department's surgeons specializes in surgery to correct defects after injuries and resection of tumors, congenital malformations, as well as in aesthetic interventions to improve the patient's appearance without clinical indications for surgery. The department's experts are focused on providing individualized medical care, which significantly increases the chances of a favorable outcome of surgical treatment. The modern operating rooms of the department strictly comply with all hygiene and safety standards. Whenever possible, operations are performed using sparing surgical techniques, which allows the patient to recover from the intervention as soon as possible and return to a full life. In addition, such surgical procedures almost do not leave any scars. The medical team working in the department always strives to provide the patient with the best and most natural result of plastic surgery. The department is headed by Prof. Dr. med. Peter Vogt.

The department's aesthetic surgeons perform operations to improve the appearance of a person if he finds one or another part of his body unattractive. Dissatisfaction with appearance can cause serious complexes and psychological problems that significantly worsen the quality of human life. The specialists of the department have in their arsenal many innovative surgical techniques with the help of which the patient can get the appearance of his dreams. In addition, the department's team of surgeons treats wrinkles with Botox and filler injections. The department is mostly visited by patients who want to undergo breast augmentation surgery, liposuction, abdominoplasty, nose or ear reshaping surgery and facelift. Prior to a particular surgical procedure, the surgeons of the department conduct a consultation, during which they offer the patient possible solutions to the aesthetic problem based on the results of a clinical examination, and also inform him about the possible risks of the intervention. The department offers advanced computer programs which help make a model of the predicted result of plastic surgery. This approach ensures a high level of patient satisfaction and excludes repeated corrective interventions.

The plastic surgeons of the department also specialize in operations to correct skin and soft tissue defects, the consequences of trauma and invasive treatment of oncological diseases, congenital malformations. The surgeons in this area are faced with the task of not only providing the patient with a good aesthetic result, but also preserving the function of an organ or part of the body. For example, when performing reconstructive surgery for facial nerve paresis, it is extremely important not to disturb the symmetry of the face and maintain facial expressions, but not only restore an attractive appearance. Prior to the surgical intervention, a computer modeling of the expected result is carried out so that the patient can assess his appearance in advance after the completion of treatment.

Prizes, Awards and Other Honors