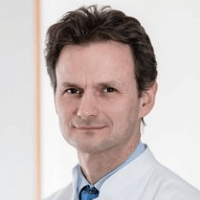 The Department of Radiation Therapy and Radiation Oncology at the MediClin Robert Janker Clinic offers all types of modern radiation therapy for the highly effective treatment of benign and malignant tumors. The department has three linear accelerators and systems for brachytherapy, with the help of which the patients are provided with the safest, most effective and most sparing irradiation of tissues affected by oncopathology. The department's tasks also include radiation therapy planning and radiosurgery. An ultramodern technical base, exceptional professionalism and experience of the department's doctors are the cornerstone of the successful clinical practice. The department is headed by Prof. Dr. med. Michael Pinkawa.

The department specializes in the treatment of all benign and malignant neoplasms, including metastasis. It carries out curative procedures, as well as palliative care for the alleviation of symptoms and improvement of the quality of life of a patient with vascular malformations of the brain, functional disorders of the nervous system (for example, epilepsy, trigeminal neuralgia), degenerative inflammatory and proliferative diseases. Depending on the diagnosis, the optimal treatment regimen is individually selected for the patient. In the case of malignant tumors, each clinical case is considered at an interdisciplinary board with the participation of all the necessary experts. The doctors also preliminarily hold consultations, during which they tell the patient in detail about all stages of the therapeutic process, possible side effects and the predicted result.

An important part of treatment is the preliminary planning of radiation therapy. The planning aims to optimally radiate the area affected by the pathological process to maximally preserve the healthy tissues. The therapy planning is based on CT scans, but in some cases such additional tests as MRI and PET may be required as well. All scans serve for the accurate determination of the areas, which will be irradiated during the subsequent course of therapy.

The irradiation itself is carried out by the medical-technical radiology assistant under the careful guidance of the specialized physician. The medical-technical radiology assistant imports the data obtained during the treatment planning into the computer system of the linear accelerator. Then the patient is placed on the treatment table of the device in the position, which is provided by the individual therapy plan. Depending on the treatment regimen, the actual irradiation usually lasts only a few minutes. The whole procedure, including preparation, takes no more than 15 minutes. During the exposure, the patient does not experience any pain. In some cases, just one session of irradiation is sufficient, but more often the patient needs several sessions, as this helps him to better tolerate the therapy and maintain healthy tissue as much as possible. As after any other therapy, the patient requires follow-up monitoring in order to consolidate the result. The first follow-up examination is usually carried out after 6-8 weeks, then four times a year (in malignant diseases).

The department specializes in stereotactic procedures, which are one of the most accurate and effective types of radiation therapy. During this therapy, a precisely defined dose of radiation is directed to the tumor. This technique differs from classical radiation therapy in high accuracy and dosage, due to which the doctors often manage to reduce the duration of treatment. Stereotaxy is especially effective in the case of irradiation of small tumors. Stereotactic irradiation can be divided into several sessions (fractional therapy) or carried out within a single session (radiosurgery). The number of sessions depends on the location and size of the tumor. As a rule, stereotaxy is used for the treatment of benign and malignant brain tumors, brain metastasis, liver cancer and liver or lymph node metastasis, small lung tumors and lung metastasis, prostate cancer, recurrent tumors, vascular malformations and bone metastasis.

The team of the department's doctors also has unique competencies in radiosurgery (a special type of stereotaxy). As opposed to a conventional surgical intervention, cancer surgery is not invasive, the patient does not experience any pain during treatment and the anesthesia is not required. When performing radiosurgery, the doctors irradiate the tumor only once using very high and effective dose. Radiosurgery is usually performed to treat tumors with clear boundaries, when the classical intervention cannot be performed due to the localization of the neoplasm (for example, in brain tumors). Radiosurgery is highly accurate and has a minimal negative effect on the healthy tissues.

The department's therapeutic service range is complemented by brachytherapy. Brachytherapy is a particularly effective type of radiation therapy. Unlike the percutaneous irradiation technique, during the brachytherapy, the radiation source is located in the body, in the immediate vicinity of the tumor. Since brachytherapy affects a very limited area, the doctors can use a high dose of radiation. In most cases, this type of therapy serves for the treatment of tumors of the female reproductive system, lung, esophageal and prostate cancer. Brachytherapy can also be carried out as palliative care to alleviate the symptoms.

The department specializes in radiation therapy for the following pathologies:

Since April 2017, Prof. Michael Pinkawa has been the Chief Physician of the Department of Radiation Therapy and Radiation Oncology at the MediClin Robert Janker Clinic. Prior to that, he worked as Senior Physician and Deputy Head of the Department of Radiation Therapy at the University Hospital RWTH Aachen. Prof. Pinkawa is a Member of the German Cancer Society, within which he is responsible for the certification of Cancer Centers and the awarding of certificates to committees. In addition, the doctor is the author of more than 100 scientific publications. He is one of the leading experts in the world in the use of special type of radiation therapy for prostate cancer treatment. In 2011, Dr. Pinkawa joined the European Society for Radiotherapy and Oncology (ESTRO). 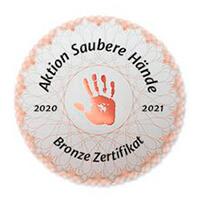