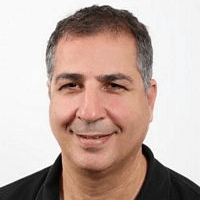 The Department of Pediatric Neurosurgery at the Rambam Health Care Campus Haifa provides the full range of surgical treatment of pathologies of the nervous system in children of all age groups. The focus of the department's doctors is on the treatment of brain and spinal cord malignancies. All neurosurgical interventions are thoroughly planned and performed in state-of-the-art operating rooms. The doctors of the medical facility perform about 250 surgical interventions and admit about 1,000 patients for the treatment annually. The high treatment success results contribute to the fact that the department is among the leaders in Israel. The Chief Physician of the department is Dr. med. Mony Benifla.

The focus of the department's doctors is on the treatment of malignant tumors of the brain and spinal cord. The department's specialists have unique methods, which allow them to carry out the successful treatment of these pathologies in children. According to the diagnostic results, the neurosurgeon selects the optimal surgical technique for a particular patient. The technique of access to the tumor and the extension of surgical intervention depend on the tumor location. The department widely applies modern navigation and monitoring systems, which provide the surgeon with the best possible accuracy during the operation. One of the most important stages of the treatment process is the stabilization of intracranial pressure. To this end, the doctors mostly perform ventriculoperitoneal shunting. The essence of the intervention is the implantation of a shunt into one of the brain ventricles and the outflow of excess fluid into the abdominal cavity. The shunting procedure reduces intracranial pressure, but it can cause a number of side effects (risk of infections, shunt blockage, etc.). Such conventional and effective techniques as radiation therapy and chemotherapy supplement the treatment of brain and spinal cord tumors.

Another key field of ​​the department's clinical activities is the treatment of congenital and acquired hydrocephalus. The drug therapy helps to reduce the severity of symptoms, but it does not lead to a complete recovery of the patient. The department performs safe endoscopic interventions, which guarantee a successful treatment outcome.

In 1993, Mony Benifla received Bachelor's Degree in Medical Sciences at the Ben-Gurion University of the Negev, Israel. Three years later, he received the title of Doctor of Medicine at the Faculty of Medicine at the same university. Dr. Benifla had his internship in Neurosurgery at the Soroka Medical Center in Beersheba. After that, he successfully completed his residency (2004). In 2002, Dr. Benifla became Master in Healthcare Management at the Ben-Gurion University of the Negev and underwent training at the School of Business and Management in Beersheba.

From 2001 to 2004, Mony Benifla worked as Senior Resident in the Department of Neurosurgery at the Soroka Medical Center, Beersheba. From February to June 2004, he held the position of Attending Physician at the same Medical Center.

In 2004, Dr. Benifla entered a clinical internship in Pediatric Neurosurgery at the Hospital for Sick Children in Toronto, Canada, and successfully completed it in 2005.

From 2016 to the present, Dr. Benifla has been the Head of the Department of Pediatric Neurosurgery at the Rambam Health Care Campus Haifa. He performs and guides the operations for the treatment of epilepsy in children.

From 1999 to 2002, Dr. Benifla has been teaching and supervising interns in the Department of Surgery at the Ben-Gurion University of the Negev. From 1999 to 2004, he worked as Clinical Instructor for students of the Faculty of Medicine of the 4th-5th years and taught them a course called "Emotional awareness". From 1998 to 2010, he taught the course on Neuroscience at the Recanati School of Nursing, Ben-Gurion University of the Negev.