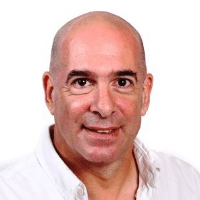 The Department of Pediatric Surgery at the Rambam Health Care Campus Haifa offers the full range of modern surgical treatment of various diseases in children of all age groups. The department is headed by Dr. med. Ran Steinberg, who is one of the leading pediatric surgeons in Israel.

Preference is always given to minimally invasive interventions. The department's specialists have unique surgical techniques, which have no analogues all over the world. The pediatric surgeons of the department are the only Israeli specialists, who perform minimally invasive robotic operations in children. To this end, they use the DaVinci robotic system, which is capable to make movements with a 360-degree angle. In the case of such operations, the risk of postoperative complications, as well as the period of hospitalization is significantly reduced. The service range of the department also includes open interventions.

The treatment is based on the comprehensive approach to each clinical case. In addition, it is very important for young patients and their parents to receive not only medical care, but also a psychological support. Therefore, the department's doctors tell the parents in detail about the scheme of operations, as well as answer any questions that may arise. The pediatric psychologists work in the department for children, as well as animators who help young patients to cope with the fear of the upcoming operation.

The department specializes in the following interventions:

Since 2012, Dr. Steinberg has served as the Head of the Department of Pediatric Surgery at the Rambam Health Care Campus Haifa. In 2014, Dr. Steinberg opened the Section for Pediatric Kidney Transplantation at the Ruth Rappaport Children's Hospital, making it the second most reputable medical facility performing transplantations in children in Israel.

Dr. Steinberg was appointed by the Israeli Minister of Health to the National Trauma and National Children’s Health Committee Member. He is also an elected Board Member of the Israeli Transplantation Association. His main interests are kidney transplantations and solid tumors in children.