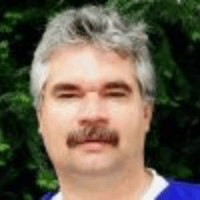 About the Department of Radiation Oncology at St. Antonius Hospital Eschweiler

The Department of Radiation Oncology at the St. Antonius Hospital Eschweiler specializes in various types of radiation therapy according to the standards of modern medicine. The primary focus of the clinical activities of the department's doctors is the treatment of cancer patients. In addition, the field of ​​competence of the specialists working in the medical facility includes radiation therapy for benign diseases of the joints and soft tissues, for example, small and large joint osteoarthritis, heel spur, tennis elbow. The Chief Physician of the department is Dr. med. Uwe Maurer.

The department began its work in 2006 and today can be proud of excellent treatment outcomes. The patients are treated both on an inpatient and outpatient basis. In most cases, patients tolerate radiation therapy well, so hospitalization is not required. The patients' health is in the safe hands of a highly professional team of experienced doctors who individually select the optimal type of therapy, the radiation dose and the duration of the course of treatment. The team of the department's radiation therapists works closely with the specialists from related medical fields, which guarantees an integrated approach and an effective treatment outcome.

The department has two advanced Elekta linear accelerators. They can be used not only for 3D conformal radiation therapy, but also intensity-modulated radiation therapy and image-guided radiation therapy. The medical facility has also successfully performed high dose-rate brachytherapy using the MicroSelectron device for the sequential administration of a radioactive source (Iridium-192). Each course of radiation therapy is carefully planned using an innovative BigBore CT scanner by Philips. A distinctive feature of this CT scanner is the large aperture diameter – 85 cm. This allows examining obese and claustrophobic patients.

The department's doctors successfully carry out the very latest types of radiation therapy, which have demonstrated their effectiveness in clinical trials and practical medicine. Interstitial radiation therapy (brachytherapy) is one of such forms of radiation. The essence of brachytherapy is the implantation of radioactive sources in the immediate vicinity of the tumor, into the affected organ, which ensures the delivery of radioactive radiation directly into the pathological focus. In terms of effectiveness, brachytherapy is comparable to the surgical treatment techniques, however, the process of preparation, treatment and rehabilitation takes much less time. In addition, unlike external radiation, in which radioactive rays pass through the healthy tissues, brachytherapy minimizes the negative effects of radiation on the human body. The department carries out low dose-rate and high dose-rate brachytherapy. Like any other type of radiation therapy, brachytherapy begins with planning, which determines the size, exact location and other characteristics of the tumor. The very procedure of implanting a radioactive source takes about an hour and is performed under anesthesia. The therapeutic manipulation is often performed on an outpatient basis. Within 2-3 days, most patients return to their daily life. Based on the diagnosis and clinical indications of the patient, the doctor chooses the radioactive source and the duration of the course of treatment on an individual basis. After completing the course of brachytherapy, the patient has to undergo a follow-up diagnostic examination to assess the treatment outcomes.