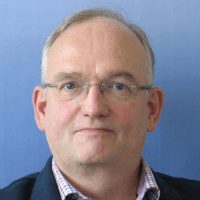 About the Proton Therapy Center at University Hospital Giessen UKGM

The Proton Therapy Center specializes in an innovative type of radiation therapy for children, namely proton therapy. The medical facility is one of four centers in Germany offering proton therapy for cancer treatment in young patients. The center has been working since October 2015 in close cooperation with the Marburg Ion Beam Therapy Center and today can boast exceptional clinical experience in the field of its competence. Proton therapy is significantly superior to conventional radiation therapy in terms of dose control, dose distribution and side effect profile. Thus, it is an excellent alternative form of cancer treatment. The main advantage of proton therapy is that it has potentially fewer immediate and long-term side effects as compared to classical radiation therapy. The harmful effects on healthy tissues during proton therapy are minimized, which is especially important for children, as their brain and body are in the growth phase. In addition, proton therapy is provided on an outpatient basis and is an absolutely painless treatment, which is also important for young patients. The Center is headed by Prof. Dr. Dieter Körholz.

The first stage of treatment is a consultation with a specialist at the center, who, after a preliminary study of the patient's medical history and the latest diagnostic data, provides the patient and his family with detailed information about proton therapy, its effectiveness and possible side effects. The next stage of the therapeutic process is the preparation of the patient for irradiation, which is carried out using CT planning. Proton therapy is characterized by high precision, which is achieved due to the individual preparation of each patient – an accurate development of the irradiation regimen and the manufacture of an immobilizer to prevent the child's body from moving and displacement of the radiation area during the procedure. The young patient then undergoes CT scanning with a ready-made immobilizer. It allows the doctor to calculate the angle, depth and dose of radiation, the optimal number of proton therapy sessions and other important parameters. With an individually tailored treatment regimen, the specialists of the center proceed to proton therapy.

During the procedure, the pathological focus is irradiated with proton beams, which release the bulk of their energy at the area of localization of the malignancy. As they move through the body, protons slow down, interact with electrons and emit maximum radiation at the end of their path, which practically excludes a negative effect on the healthy tissues of the human body. The place where the most energy is released is called the Bragg peak. The availability of modern technology allows the doctors of the medical center to calculate the Bragg peak in the child's body so that it coincides with the center of cancer. The use of proton therapy allows the doctors to guarantee the minimum long-term side effects on the child's body. The treatment is outpatient, while the radiation session takes only a few minutes. Proton therapy is completely painless, so the child does not experience any fear and the associated emotional shock, for example, as before the forthcoming surgery or chemotherapy. In most cases, the duration of the treatment course is 3-6 weeks. After proton therapy, the child should have regular follow-up examinations to assess his overall health and prevent recurrence.

Proton therapy has proven to be highly effective in the treatment of such cancers in children as ependymoma, retinoblastoma, medulloblastoma, glioma, lymphoma, sarcoma, neuroblastoma, craniopharyngioma, germ cell tumors and others. Since proton therapy does not require any interventional manipulation, it is an ideal option for the treatment of inoperable tumors located in hard-to-reach areas. In addition, the highest precision of proton therapy combined with the most sparing effect on the healthy organs and adjacent tissues avoids damage to vital organs, such as the brain, heart, lungs, kidneys and liver.

It should be noted that the doctors of the center have vast clinical experience and excellent professional skills, thanks to which they have saved the lives of thousands of young patients with severe cancers. The specialists devote enough time to communication with the parents of young patients and with the children themselves, since they understand that the fight against oncology is a complex challenge for both the child and his family.

The Proton Therapy Center specializes in the treatment of the following malignant diseases in children and adolescents: