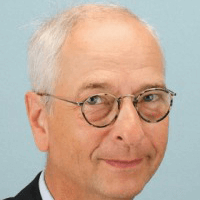 About the Department of Adult and Pediatric Oral, Maxillofacial Surgery at University Hospital Giessen UKGM

The Department of Adult and Pediatric Oral, Maxillofacial Surgery at the University Hospital Giessen UKGM offers the full range of diagnostic and therapeutic services in the field of its competence. The department specializes in the correction of dysgnathia, complete cleft lip, jaw and palate, maxillofacial cancer surgery, laser therapy, dental implantology, traumatology and craniosynostosis surgery in children. The surgical options also cover plastic aesthetic and reconstructive surgery. The health of the department's patients is in the good hands of a highly qualified, experienced team of first-class experts. The department is headed by Prof. Dr. med. Dr. med. dent. Hans-Peter Howaldt.

The department is distinguished by exceptionally successful achievements in the treatment of maxillofacial tumors. It is also achieved due to the long work of the Chief Physician of the department in the German-Austrian-Swiss Working Group on Maxillofacial Tumors (DÖSAK) and the German Cancer Society, as well as participation in the development of guidelines for the treatment of oncological diseases of the maxillofacial region.

The first stage of treatment is the study of anamnesis and comprehensive diagnostics. If a malignant tumor is suspected, the patient should necessarily undergo biopsy. Should a tumor be detected, the patient will be prescribed further examinations in order to determine the stage of the disease. For this purpose, the department has such imaging techniques as sonography, endoscopy, X-ray, CT, MRI, PET-CT, scintigraphy. The complicated clinical cases are discussed at weekly multidisciplinary tumor boards. The treatment process often involves the specialists in otolaryngology, neurosurgery, ophthalmology, general surgery, etc. The optimal treatment tactics is determined according to the nature, size, location, as well as the presence of metastases.

Tumor resection can be performed both on an outpatient (under local anesthesia) and inpatient basis. In the case of advanced and malignant tumors, a longer hospital stay is usually required. In some cases, the tumor resection in the maxillofacial region may lead to the formation of functional and aesthetic defects. In such cases, the patient also undergoes plastic reconstructive interventions in order to eliminate defects and improve the quality of life. Particular importance is given to immediate restoration and reconstruction by means of free tissue transfer with microvascular anastomosis. The defect repair using patient's own tissues is usually part of the surgical tumor removal. In cooperation with chemotherapists and radiation therapists, the department also provides the necessary follow-up therapeutic measures. After treatment completion, the patient should regularly be followed up by a doctor in order to avoid tumor recurrence.

As the maximum care medical facility, the department also specializes in the treatment of injuries of the craniofacial area in adults and children. The department's Surgical Emergency Unit operates around the clock. It is equipped with the multislice CT of the latest generation for the diagnostics of injuries of varying severity. The spectrum varies from superficial abrasions to complex fractures in the facial skeleton.

One of the key focuses of the department's work is also the correction of all types of cleft lip, jaw and palate in babies. The treatment of a child begins from the first days of his life (the doctors assess the state of the child, the complexity of pathology and begins preparations for the operation). The operation is performed on the 5th or 6th month of the baby's life. Obviously, due attention is paid to consultations for parents and their participation in self-help groups. The surgical correction of the cleft is usually performed in two stages, which meets international standards and guarantees an optimal result. The first stage is called palatoplasty (excision of hypertrophic tissue of the soft palate), and the second one is cheiloplasty (correction of the shape and size of the lips). The follow-up outpatient monitoring after surgery can be carried out until adulthood. In some cases, additional measures may be required, for example, jaw bone reconstruction at the age of 10-12 years, cosmetic interventions in adulthood.

Prof. Hans-Peter Howaldt studied Human Medicine and Dentistry at the Free University of Berlin and at the Friedrich-Alexander University of Erlangen-Nuremberg. In 1976, he became the Corps Member of Neoborussia Berlin and Guestphalia Erlangen. In 1980, he received the title of Dentist, and in 1983 he became the Doctor of Medicine. In 1983, he began his work in the Department of Oral and Maxillofacial Surgery at the University Hospital Frankfurt. In 1990, he had his habilitation in Oral and Maxillofacial Surgery. In 1992, he received an additional specialization in Plastic Surgery.