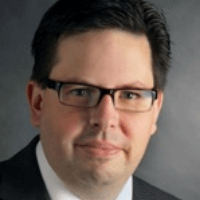 The treatment of solid tumors in childhood is one of the department’s priority focuses. The surgeons of the department treat tumors of all organs and anatomical structures of the human body, with the exception of the brain and spinal cord. All therapeutic measures comply with the protocols of the Society of Pediatric Oncology and Hematology, as well as with international standards.The department is one of the few in Germany, which provides proton therapy in children (as part of a specialized center). The specialists of the department also have experience in treating complex types of tumors in children. The department maintains close interdisciplinary cooperation with specialists from the related disciplines, for example, the Department of Radiation Oncology.

Since May 1, 2016, Prof. Dr. med. Guido Seitz has been the Head of the Department of Pediatric Surgery at the University Hospital Marburg UKGM. The doctor studied Human Medicine at the University of Tuebingen. During his training, he also had internships abroad (Zürich, New York, Bern). The doctor had his professional training in the Departments of Pediatric Surgery and Pediatric Urology at the University Hospital Tuebingen. His main research areas include basic and clinical studies of soft tissue sarcomas in children. He is one of the few surgeons in a joint study of soft tissue sarcoma of the Society of Pediatric Oncology and Hematology (GPOH). In addition, he is a member of a group of expert surgeons from study groups on kidney and germ cells in childhood.